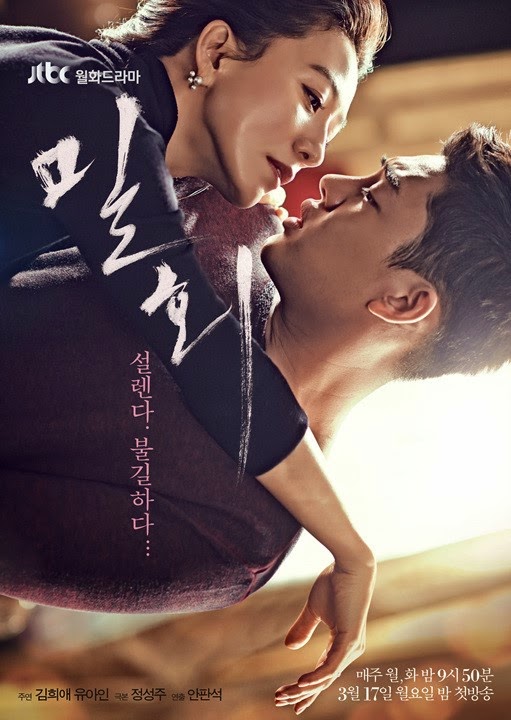 What it’s about
On the surface, Oh Hye Won is an elegant professional who works at a ritzy arts organization, living a life filled with luxuries that anyone would envy. But in truth, she has more dark secrets than she knows what to do with: She has sacrificed her soul to a loveless marriage and a morally bankrupt workplace, giving up on her true love—music. When she meets Lee Sun Jae, a handsome young piano genius, his dazzling talent, idealism, and adoration of Hye Won leave her reeling. Will Hye Won sacrifice everything to have him, or will she keep fighting for status and success, even at the expense of his love?

First impression
As expected, this show is proving to be gorgeously produced, swooningly romantic, and charming as hell. I can already tell that this is a pairing I will ship to the grave and beyond. I can only pray that the drama overlords will continue to smile upon Secret Love Affair, a series that uses the best of indie-movie realism to disguise a big, beautiful Kdrama heart.

Final verdict
Both dramatic and organic, dark and inspiring, Secret Love Affair is one of my favorite dramas of all time. Be forewarned, though: this is an extremely polarizing series. Commenters regularly complain that its tone is unremittingly depressing. They also say it’s slow and that they can’t root for the adulterous relationship between Sun Jae and Hye Won.

But if you like your melodramas serious and deliciously realistic, you should still give this show a try. Its perfectly cast leads and their astonishing chemistry make it easy to overlook the age difference between them, and also to forgive Hye Won for breaking her marriage vows. An intriguing cast of supporting characters frame their relationship, and an insightful, carefully constructed script makes them all feel more like people going about their lives than the typical dramabots. Everyone has their own motivation, and all their conflicting desires and manipulations serve to highlight just how pure and wonderful the romance is between Hye Won and Sun Jae.

As far as I’m concerned, Secret Love Affair’s luxurious pacing is one of the best things about it. This series isn’t afraid of the silent spaces between big narrative moments; its slow, measured storytelling gives texture to its characters and makes their world feel like our own. A single hug can fill fifteen minutes of screen time, and a few frames of a lonely figure watching kites soar are just as important as the most exposition-heavy scenes. SLA isn’t stuffed with random events or obstacles—the inner lives of its characters are what it’s really interested in.

This drama’s production values couldn’t possibly have been higher. Its lovely soundtrack sets a dark, intense mood. Gorgeous cinematography and direction, a winking script filled with foreshadowings and clever inside jokes, and some of the most subtle acting ever seen in a Korean drama combine to make SLA feel more like a superb independent movie than a television series.

Even I have to admit that things do fall apart a bit toward the end, though. The first 10 episodes are as powerful and atmospheric as a tightly constructed thriller, but the last quarter feels rushed. And while the show’s open-ended finale is close to perfect, it would have been improved by the addition of another episode devoted to its impact on the drama’s extended constellation of relationships.

Ultimately, Secret Love Affair’s few shortcomings can’t obscure its exquisitely crafted genius. The only thing I disliked about this drama is that it had to end, and I will definitely be mourning its passing for a long time to come.

Random thoughts
This part of the review is where I would normally compile the notes I made while watching the drama in question. The depth of my obsession with Secret Love Affair makes that impractical, though: my notes consist of almost 300 separate Tumblr posts, some of which are very long. So instead, I give you links to commentary about each episode, all organized in chronological order.

You might also like
A Wife’s Credentials, another edgy infidelity drama from the creative team behind Secret Love Affair
Posted by Amanda at 9:00 AM