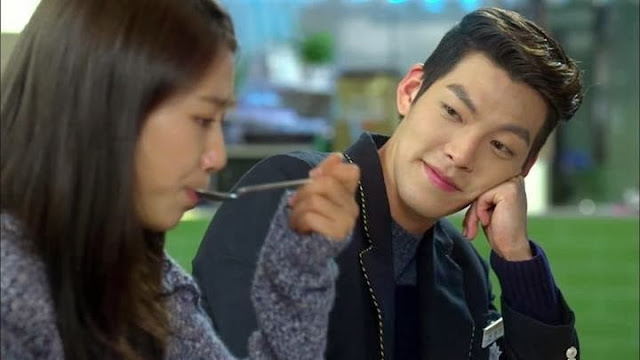 But that’s not always the case. Falling in love with an OTP is like falling in love with a person—it’s unpredictable, and quite often regrettable. Sometimes you’re drawn to a second lead who will absolutely never get the girl, or maybe you even dream of the show’s villain triumphing in the end. And that’s when the tears and pain come into the picture. Thus, a Woe-TP is born.
Read more »
Posted by Amanda at 9:00 AM 25 comments: 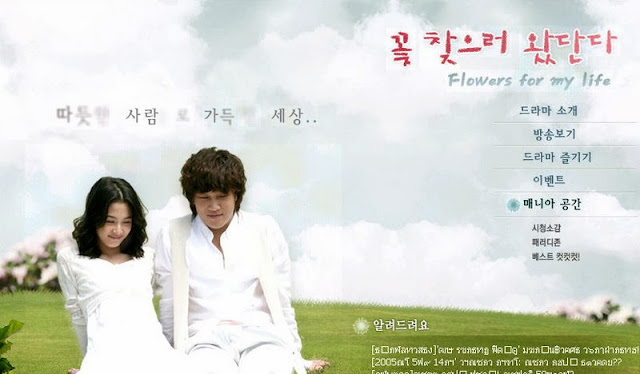 Final verdict
Part workplace comedy, part romance, and part tear-jerking melodrama, this show is a strange delight. It’s also one of the few examples of a drama that actually improved during its running time, growing from a silly farce to a thoughtful consideration of death, dying, and the people left behind.
Read more »
Posted by Amanda at 9:00 AM 10 comments:

For the birds: The quietly feminist leanings of Korean dramas

“I don’t know why feminists like you watch Korean drama.”

Although they’ve since deleted it, an anonymous commenter left this note on one of my posts about Kdrama girls. I guess the person who wrote it wasn’t happy about my criticisms of the way women are sometimes treated in Kdramas, which is fine. But the perhaps unintended implication of their words is that the whole of Korean drama is fundamentally anti-feminist, making it a lost cause for people like me (or vice versa). Seen in this light, Kdrama will never fall in line with my ideals, and if my ideals are so important to me I should just stop watching it.

As someone who thinks that all people—whatever their gender, whatever their religion, whatever their color—should have the same freedoms, rights, and responsibilities, I do find troubling things in Korean dramas. I’ve written about a lot of them, from wrist grabs and forced kisses to virtually enslaved daughters-in-law. But there’s more to the story than that. Korean dramas actually allow understanding of the world in ways that are too “feminine” for the West. They build stories from things we overlook here in America, because to our eyes they’re old-fashioned and silly and womanly. But respecting women and telling their stories is one of the most feminist things you can do—and that’s exactly what Korean dramas specialize in. 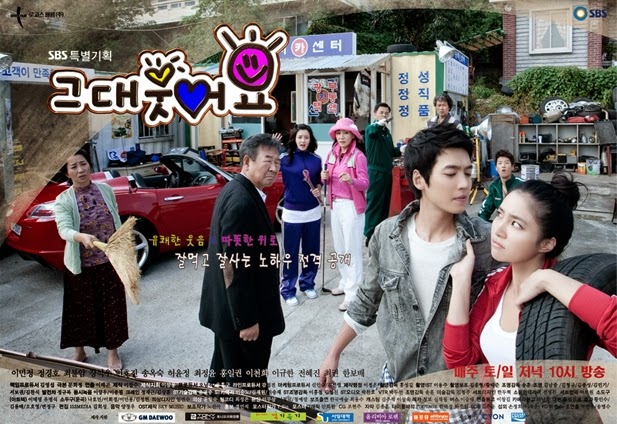 What it’s about
After her wedding is derailed by the revelation of her dad’s bankruptcy, Seo Jung In is forced to move in with the penny-pinching family of her dead grandfather’s faithful chauffeur. From the beginning she doesn’t fit in: the chauffeur may be kind to her, but his long-suffering daughter-in-law and henpecked son resent her presence. And then there’s Hyun Soo, the chauffeur’s clueless, gawky grandson, who turns out to be nursing an 8-year crush on Jung In’s sister. Just when Jung In thinks things can’t get worse, they do—her spendthrift family looses their home and squeezes into the chauffeur’s tiny house, causing even more drama.

First impression
It sure is a difficult transition to go from the movie-quality filming and sets of Love Rain to the chintzy, weekend drama production values of this show. I usually stay away from home dramas because I don’t have the patience for their mammoth running times, but I’m hungry for more Jung Kyung Ho after watching Cruel City. I’ve read good reviews of Smile, You, and have my fingers crossed that it won’t be too broad and silly in spite of its genre.

Final verdict
My feelings about Smile, You are exactly divided between love and hate.

Another open letter to Kim Eun Sook, screenwriter of Heirs 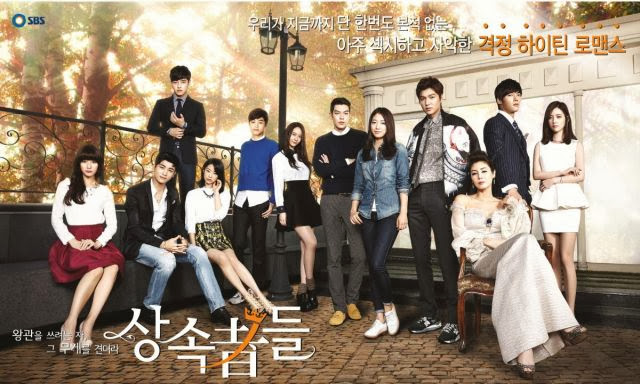 Now that Heirs has hit the halfway mark, I wanted to follow up about our recent correspondence.

When I last wrote to you, I wasn’t convinced that you and I would make it this far—I dropped A Gentleman’s Dignity by episode seven, after all, and I would have called it quits with Secret Garden even earlier if I had allowed myself to do so back then. (Instead, I watched it until the very end, even though it was like torture. This is probably one of the reasons why my relationship to your work is so hate-based.)

Unlike those earlier shows, there are things I really like about Heirs. Primary among them is Park Shin Hye, who is wonderful in the role of Eun Sang. She imbues her character with a sense of depth and dignity, something I thought was sorely lacking in the female leads of both Secret Garden and A Gentleman’s Dignity. (It’s possible that a speaker of Korean would say that Park Shin Hye overacts, but to someone who gets by on subtitles, her beautiful, expressive face tells me everything I need to know about what her character is feeling.)

You deserve some credit for this performance, too: in Eun Sang, you’ve created a female lead who has moments of true strength and self-possession. She’s pragmatic and realistic, refusing to risk her family’s security for a boy she likes. She works hard to make the best of a bad situation, pitching in to help her mom with her duties as a maid. And when random men make unwanted advances, she handles them with a matter-of-fact threat—“I’ll call the cops if you don’t leave me alone.” We’ve seen her go through with it, and we’ve seen the strategy work. (Now if only she didn’t loose every shred of confidence the second anyone from Jeguk High came on screen.)

Just because I like Eun Sang, though, doesn’t mean that I’m all that crazy about the show you’ve built around her.

Has Korean drama ruined you for real men?

Traditional relationships are such a hassle. First you have to find someone you like, which is no easy task. Whether you try Internet dating, hit the bar scene, or ask your friends to set you up, it won’t take long for you to realize that the frogs of the world far, far outnumber its princes. And even when you do find that special someone, you have to live with him. This, as we all know, can be even harder than making an initial love connection. From toilet seats that never get put down to Grand Theft Auto marathons when you’d rather be watching dramas, the care and keeping of a boy can mean lots of sacrifice and frustrating, time-consuming work.

Well, fret no more! Boyfriend Bot(tm) is proud to announce the release of its latest collection of ultra-realistic boyfriend simulators: The Kdrama Male Lead. The man of your dreams is now as close as a phone call away.

Lovingly handcrafted using the finest of raw materials and the world’s most advanced cybernetic technologies, you’ll swear your Boyfriend Bot is better than the real thing. He’s low maintenance, fully waterproof, and—best of all—programmed to learn from your every interaction. Before long, he’ll be greeting you at the door on cold winter nights with your favorite hot chocolate, ready to give you a professional-grade massage to erase the cares of life.

Your Boyfriend Bot will arrive pre-loaded with a number of your favorite Kdrama scenes and phrases, prepared to romance you and take out the garbage without making a fuss. His delicious, built-in washboard abs require no gym upkeep, while his lifelike gaze will make you weak in the knees. And thanks to an initial vocabulary of over two million words in the languages of your choice, you’ll never run out of things to discuss with your Boyfriend Bot. (We would say that his stellar conversation skills could fool you into believing your Bot is another human being, but it’s immediately obvious that the Bot’s insightful, thoughtful discussion is of a calibre most people will never attain.)

A world of romance awaits. So what are you waiting for?
Read more »
Posted by Amanda at 9:00 AM 23 comments:

Email ThisBlogThis!Share to TwitterShare to FacebookShare to Pinterest
Labels: random writings, sorry, this post is weird even for me
Newer Posts Older Posts Home
Subscribe to: Posts (Atom)