A Trip to Hmart: Stuff Edition 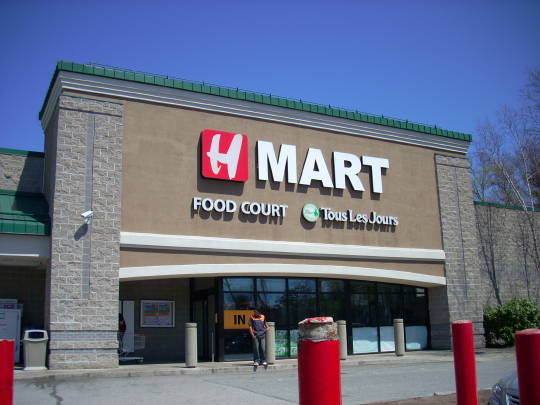 One of my favorite things about Kdrama is how much attention it pays to the little details of life—how people eat, sleep, and even use the bathroom. Most shows leave me longing for more information, but as a resident of rural New England I haven’t had much chance for reconnaissance.

My curiosity about material culture in Korea has occasionally led me to the website of Hmart, an “asian-inspired supermarket” in America that carries many of the things that appear in Korean dramas, from aluminum ramyun pans to traditional Chinese medicines. But I only realized a few weeks ago that Hmart actually has a number of brick-and-mortar locations throughout America, including one that’s just over two hours from where I live.

I told myself it was silly to drive that far to visit what’s essentially a grocery store (especially when I’m a notoriously terrible cook), but I finally broke down this week when my mother mentioned wanting to go to a specific mall store that happens to be in the same direction as Hmart. I hijacked her trip...and spent so much time trawling Hmart’s aisles that we never did make it to the store she wanted to visit. (Sorry, Mom!) 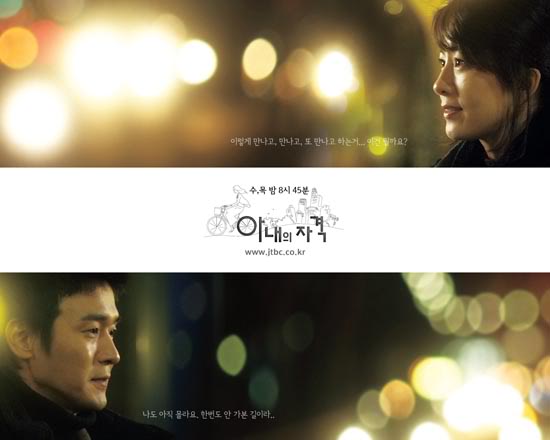 What it’s about
A middle-aged housewife finds a kindred soul in her son’s dentist as she struggles with the unforgiving expectations of her husband and his status-obsessed family.

First impression
What to say about this lovely, naturalistic show? It feels more like an indie film set in upper-middle-class New York than a Kdrama, for one. Its characters are real human beings, not drama bots. And it reflects life as people actually live it—full of disappointment, envy, and failed connections, but also moments of companionship, contentment, and even happiness. Set in a midwinter Seoul that’s as drab and dormant as its heroine’s life, this episode explores the fragile marriage between a driven reporter and his free-spirited wife, the combatants in an ongoing battle over their son’s education. In a world where a child attending the right middle school confers esteem and bragging rights, he wants professional tutors and round-the-clock studying, while she wants learning for the sake of meaning and insight, not showmanship. And caught in the middle is their poor, sweet-tempered son, a boy who spent most of his childhood too sickly for anyone to worry about his academic achievements. A Wife’s Credentials thinks so outside the box that I can’t even begin to anticipate where it goes from here, but I can’t wait to find out.

We truly live in a golden age for streaming Kdrama on the Internet.

Even a few years ago, international viewers wanting to watch Asian dramas had to hunt down time-consuming (not to mention illegal) downloads or wait for insanely expensive DVD releases. But as a North American with a high-speed Internet connection, today I have access to more drama than I could watch in two lifetimes.

There are downsides—although many sources are free on a limited basis, bells and whistles and some episodes come at a price. The video for older dramas tends to be low-quality, and few steaming sites are available outside of North America, thanks to licensing issues. Plus there are always those rare-bird dramas that are only available through illegal sources, which are often unreliable.

Ultimately, though, there’s nothing like sitting down to watch a drama when you can trust that every single episode is only a click away, well subbed and largely problem free. So as an intrepid drama watcher, I thought I’d share my go-to sources for legal drama watching. 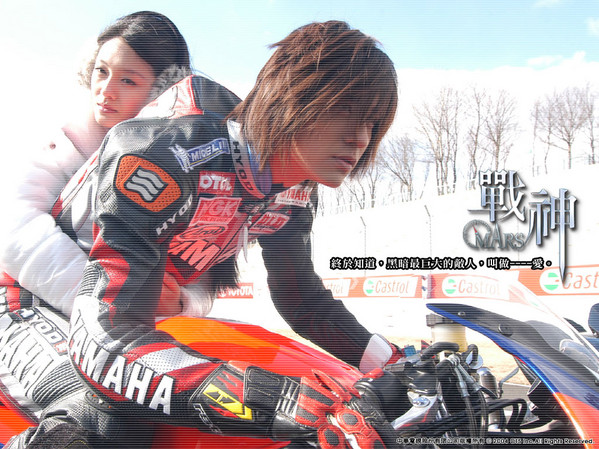 What it’s about
In spite of their many differences—he’s popular and an experienced ladies’ man, she’s painfully shy—a pair of broken college students find themselves drawn together. As their relationship progress, they must overcome their tortured pasts. (And a boatload of crazy, too.)

First impression
As of episode 2, I really like this sweet love story that revolves around a timid, victimized girl and her rebellious classmate. The only thing I could ask for would be better streaming options—every site I can find has the same low-quality video with English subtitles at the top of the screen.

Final verdict
The best thing about Mars is its approach to its lead couple: instead of treading water for 21 episodes of will-they-or-won’t-they wheel-spinning, it actually allows them to have a real relationship. The script deals candidly with two haunted people establishing a serious relationship and learning to navigate life together. (As this drama is Taiwanese, not Korean, it even tackles the issue of sex in a mature way.) Throughout the show, their characters grow and change, but they always have powerful chemistry and believably love each other.

The Drama Doldrums (with Random Recs!)

As part of my quest to become the world’s greatest repository of Kdrama knowledge, I’m usually following two shows at any given time—one an older, completed drama that I can watch at my own pace without running out of episodes, and one a show that’s still airing in Korea. But for the first time I’m not particularly interested in any of this cycle’s new dramas.

Maybe my drama ennui is caused by a scarcity of youthful rom-coms. Or maybe it’s rooted in the end of my Kdrama honeymoon phase—the novelty has worn off, and nowadays I only want to watch shows that are genuinely good. It’s hard to predict whether any of the currently airing shows will be worth watching in the end, which is making me extra ambivalent about settling on one of them.

I decide what to watch based on some strange mental arithmetic, which might be represented like this:

All the new series fall short on one front or another. 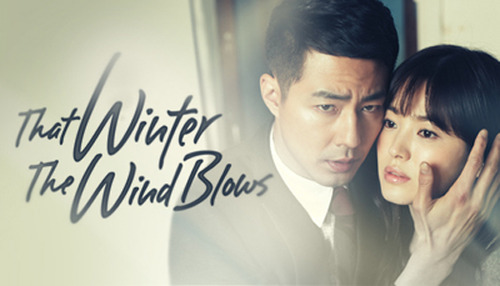 What it’s about
A con man with a heart of gold pretends to be the long-lost brother of a lonesome chaebol daughter, who just happens to be blind and at the mercy of a group of not particularly trustworthy servants. He hopes to convince her to hand over a huge sum of money so he can pay back gangsters who think he robbed them, but guess what? He falls in love with her instead.

First impression
So far this show is delightfully reminiscent of last year’s Padam, Padam, which I loved: There’s an intense, slightly unhinged male lead, an epic bromance, time spent in prison, and Kim Bum. (It should go without saying that I heartily approve of all of the above.) I can’t wait to watch more of this gorgeously shot, mature drama.

Final verdict
The first half of this show is dark and melancholy and crackling with dangerous, taboo sexual chemistry. Unfortunately the latter portion doesn’t live up to this promising beginning—the story loses steam by episode 8 and it quickly becomes clear that the writer and production team have no idea what to do with all the wonderful toys at their disposal.

While working on the Soompi version of last Tuesday’s post, I realized two things: (1) it’s incredibly hard to come up with a 15-item list about anything, and (2) I’m always writing about why I like Korean dramas without ever considering why I don’t like Korean dramas.

It’s pretty obvious that the positive far, far outweighs the negative for me. But that doesn’t mean that I don’t have some complaints.
Read more »
Posted by Amanda at 9:00 AM 21 comments: 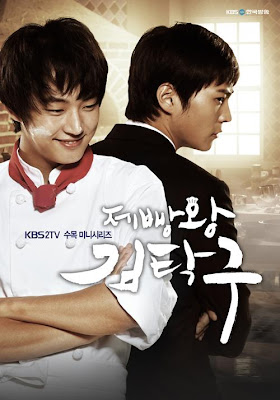 What it’s about
Two brothers—one illegitimate and raised in poverty, the other a pampered chaebol son—are at odds as they struggle to find their places in the world. (Think Harry Potter and Draco Malfoy, if they had been long lost siblings and heirs to a baking empire instead of wannabe wizards.)

First impression
My grand tour through the CVs of the flower boys next door continues with this hugely popular melo starring Yoon Si Yoon, Mr. Enrique Geum himself. As Dramafever helpfully reminded me, I started Baker King once before, right after finishing Me Too, Flower. I didn’t even make it through the first episode back then—the cheap production values, cheesy script, and mediocre acting prompted me to drop it almost immediately. From a quality standpoint, its opening is probably the equivalent of an American daytime soap. Now that I’ve seen more dramas, though, I know you can’t really judge a show by its kid-centered opening sequence. But according to the preview pictures, it will be many, many episodes before my beloved Yoon Si Yoon even makes an appearance. Will I last that long? Maybe, maybe not. 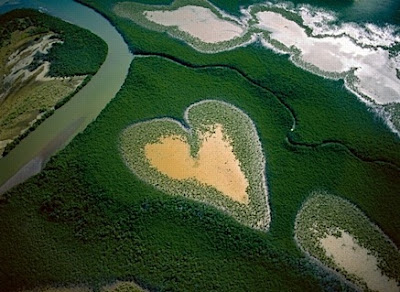 Fifteen years is a long time, but on the Internet it’s practically forever. In 1998, there was no Facebook. Google was being beta tested. Wikipedia wouldn’t be around for three years, and streaming cute cat videos on YouTube would be impossible for seven more years.

But Internet users back in the dark ages of the late 90s did have one of the things we enjoy today: Soompi. Founded fifteen years ago this week, Soompi even predates the word Hallyu, which wouldn’t be coined for another year.

Since Soompi’s 1998 inception, Kpop and Kdrama have become worldwide cultural forces enjoyed by people from every imaginable background—including me, an American who has never been anywhere near Asia but is still deeply obsessed with Korean drama.

It’s hard to imagine life without Soompi and sites like it. So in honor of Soompi’s fifteenth birthday, I give you fifteen essential reasons to watch Korean drama.