Substantial: Subbers on Secret Love Affair and the craft of subbing 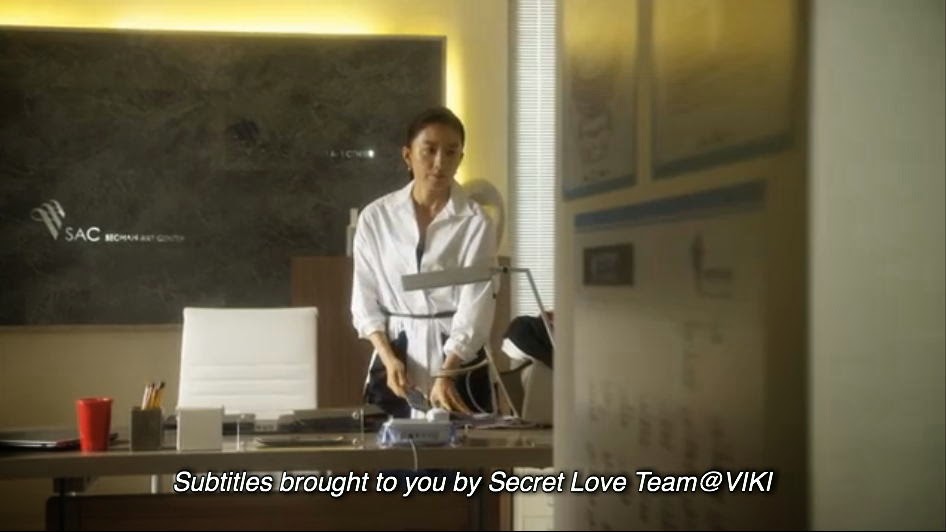 Subtitles are the key that allows international viewers entry into the world of Korean drama.

I didn’t fully understand this until my first rewatch of Coffee Prince. Before that, I blindly followed along with the words flashing across my screen without really critically evaluating them. Han Gyul and Eun Chan were fighting. What more did I need to know beyond that?

But stumbling across fan-created subtitles for my favorite drama changed everything: The dialogue was constructed differently than it was in the official subs, and the word choices varied hugely. Even things that seemed simple had multiple layers—were the subtitles mostly complete sentences? Or were they full of stops and starts, like the way people actually talk? Were the characters eating ddukbokki or rice cakes? Was he hyung or Choi Han Gyul? Somebody made all those decisions, and each one had an incredible impact on my experience of the drama.

Now I see that the labor of creating subtitles is nothing less than casting a magic spell. Language is more than just words; it’s an entire worldview that shapes how we see everything around us. And translating Korean into English is more than simply recording the things people say—it’s understanding the character’s essential meaning and capturing that meaning in words that weren’t necessarily created to express it.

Thanks to my current mania for Secret Love Affair, my appreciation for subtitles has become even more intense. I’ve been watching each episode on multiple streaming sites and comparing the translations. They often agree, but what’s really fascinating is where they deviate, and how easily those deviations can change the fundamental meaning of a scene. SLA is a great show for watching like this; it sometimes feels more like literature than a drama. The dialogue is meaningful, and always carefully constructed to allow multiple, ever-changing interpretations.

Over the past ten episodes, I’ve come to trust the Viki subtitles for this show above all others. They get the basics right, but more importantly they really grasp the essence of each scene. I can’t judge their fidelity to Korean, but I can judge their fidelity to storytelling—and it’s amazing. (Don’t even get me started on the fact that Viki subbers are civilians like you and me, people who give of their time and knowledge for the love of dramas, not because it’s their job.)

In light of my recent fangirling over their work, I contacted a few members of Viki’s Secret Love Affair subbing team and asked if they’d answer a few of my burning questions about their experience of subbing in general, and SLA in particular.

Below the cut are interviews with two of these subbers—one who requested anonymity, and another who goes by the name anaisanais.

Email ThisBlogThis!Share to TwitterShare to FacebookShare to Pinterest
Labels: random writings, the world out there

If I had a dollar for every time someone called me “Debbie Downer” or a variant thereof, I wouldn’t be writing this post right now. I’d be booking a private plane to Seoul, because I’d be the richest woman in the Western hemisphere.

As human beings go, I’m a pretty bizarre combination: I’m completely laid-back and easy going, but I’m also an intense, desperate worrier. I worry about absurd things—What would I do in the event of a zombie outbreak? The unchecked spread of ebola? An alien invasion? I’m the girl who always knows where the emergency exit is. And if that private plane to Seoul made an unscheduled landing, I would know just how to use its evacuation slide. (What’s the point of YouTube if not disaster preparedness, right?)

Of course, dramas are also a source of worries. Here’s a brief list to keep you up at night.
Read more »
Posted by Amanda at 9:00 AM 20 comments: 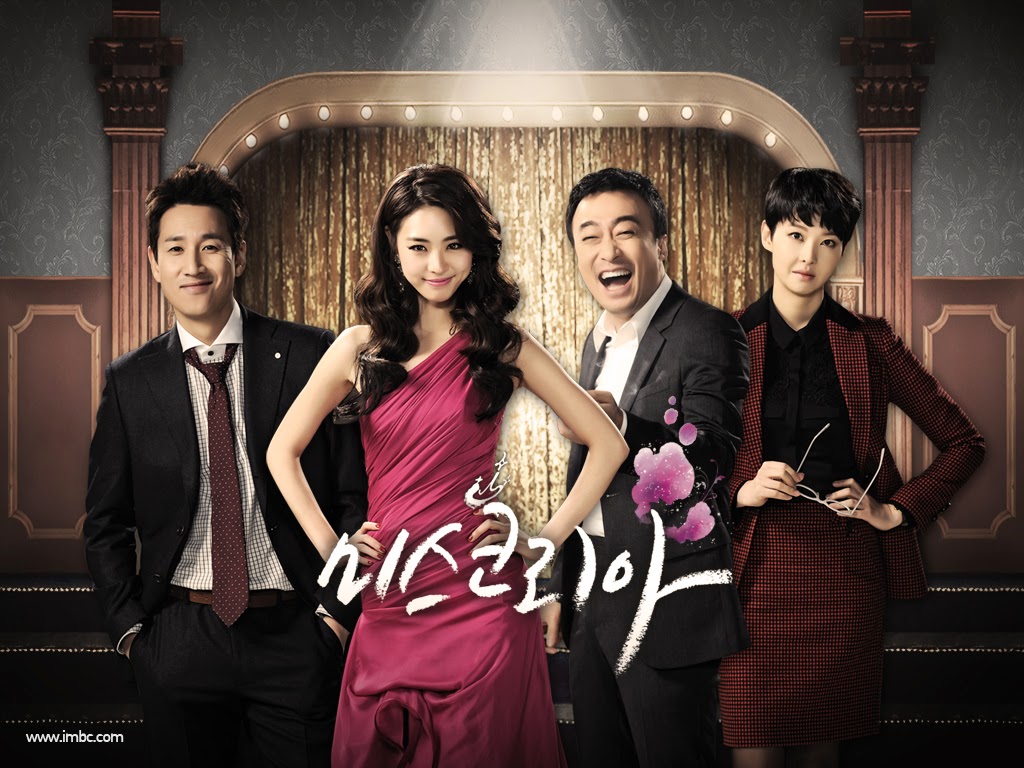 What it’s about
Ji Young was always the prettiest girl around, but it turns out that adult life doesn’t live up to her high school expectations: She’s single and lives at home, the only girl in a working-class family of misfit men. At work she’s an elevator girl, valued for her good looks and pretty smile but constantly demeaned by her creepy boss. But with the inspiration of an old boyfriend and President Ma, the director of Seoul’s greatest beauty salon, Ji Young decides to change her life—and save a cosmetics company—by becoming Miss Korea, 1997.
Read more »
Posted by Amanda at 9:00 AM 13 comments: 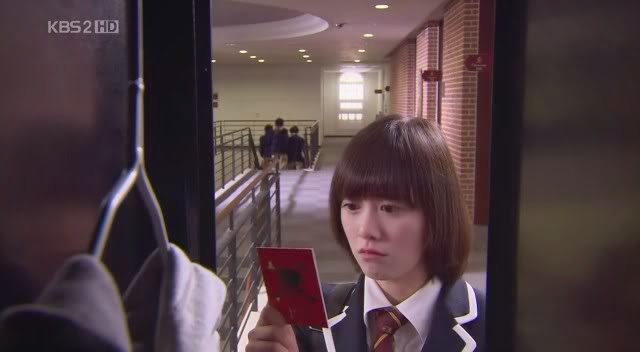 Sometimes I think 90 percent of Korean dramas are about the same girl. (See above.)

You know her: always hardworking and self-sacrificing, wide-eyed and innocent. Sure, the details are different. She makes a mean omurice, or she likes watching horror movies. Maybe she’s a little snarky, maybe not; that’s where her individuality ends. And while she may be the star of the show, she never really grows or changes. Things happen to her, not in her. It’s her love interest that becomes a new person, usually thanks to her positive influence.

Other kinds of girls—the ones who are troubled, conflicted, and unsure—tend to be the “bad guy” second lead who may or may not find redemption by the end of the show. They’re Rachel from Heirs, pushing meek little Eun Sang’s suitcase down the stairs. They’re Yoon He Ra in Playful Kiss, doing everything in her power to make the female lead look stupid. They’re Oh Se Young in I Need Romance 3, sleeping with the lead’s boyfriend because...well...why not?

It’s a rare, special Kdrama that allows malcontents like to take the lead, and then dares to allow her to evolve rather than punishing her.

Here are some dramas to watch if you’re looking for a girl who has a mind and a journey of her own.
Read more »
Posted by Amanda at 9:00 AM 21 comments:

My love affair with Love Affair

Last December, I posted a wish list of things I wanted for the coming year in dramaland.

The first of those wishes seemed the most unlikely to come true: I asked for a new show that I would love as much as Coffee Prince. In my three years of drama watching, no other series has gripped my heartstrings or my head quite so hard. I’ve rewatched it an insane number of times (six? seven?) and written tens of thousands of words about it, ranging from appreciative fangirling to fan fiction.

I don’t want to jinx anything, but I think Secret Love Affair might just be my wish come true. It’s not much like Coffee Prince—one is a dark, indie thriller of compromised morals and bad behavior, and the other is sunshine on a stick—but both shows feel compellingly real and nuanced. And like Coffee Prince before it, I’m so wrapped up in SLA that I can barely function.

Here are some of the Secret Love Affair points I’m pondering these days.

From zero to hero (and back again) 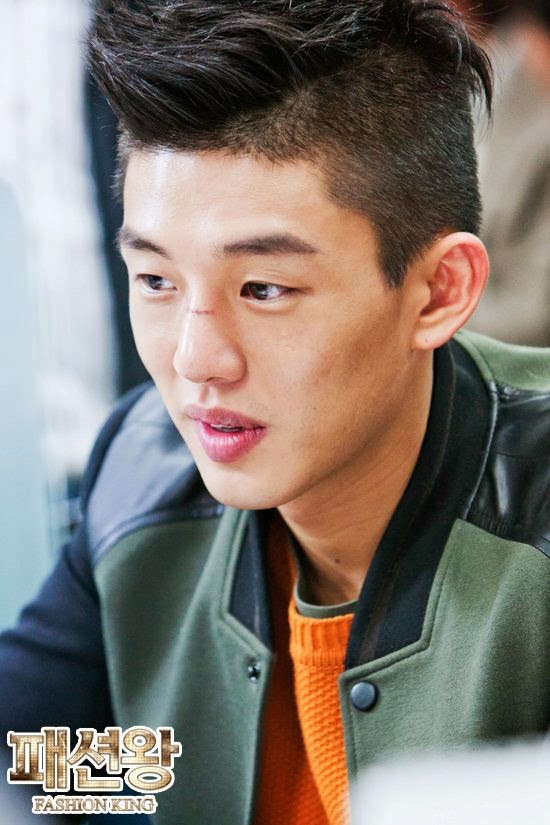 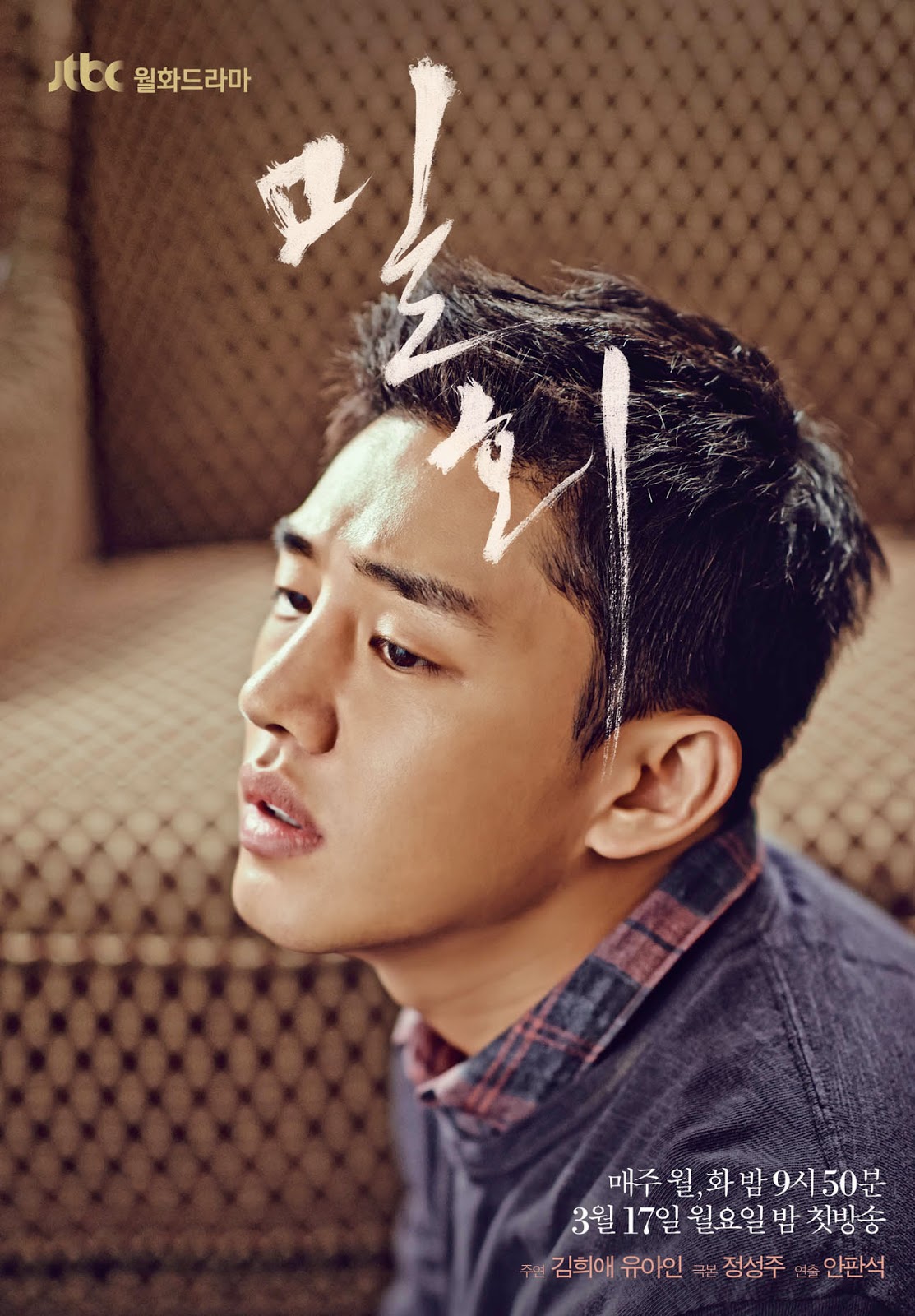 Secret Love Affair is a perfect storm of awesomeness.

The script is so low-key and wonderful that I want to watch episodes again and again to mine for details that I missed, while the director’s creative vision of a dim, obstacle-filled world is giving the story an intense, atmospheric resonance. Leading this parade of excellence are the show’s actors. Only four episodes in, they absolutely own their roles: Kim Hee Ae is perfect as crisply efficient, chilly Hye Won; man-boy Yoo Ah In has captured Sun Jae’s growth from puppyish innocent to troubled adult; and Park Hyuk Kwon is so petulant and unlikable that I want to throw things whenever he appears on screen.

The people involved in this show are all at the top of their game. But being an eternal pessimist, the sheer fabulosity of Secret Love Affair makes me think about how unpredictable quality is in the world of Korean drama. Maybe it’s the frantic pace of production or the struggle between creative and commercial motivations, but it seems as if nobody is immune to epic fails. No matter how good an actor may have been in one project, no matter how incredible a director’s work was on their last job, it’s almost impossible to predict how their current show will turn out.

Take Yoo Ah In, for example. I think we can all agree that his magnetic, expressive turn as Sun Jae is one of the best things about this series. But two years ago at this time, he was starring in Fashion King, possibly the most reviled Korean drama in recent memory. (If you’re ever bored and looking for a laugh, I highly recommend Googling reviews about it. I’ve never seen the word “sucks” used so often, or with such fervor.) I never did watch Fashion King, but it seems to have been the exact opposite of Secret Love Affair. Instead of riding a wave of individual successes that added up to a great show, it was dragged down by a series of personal failures that just compounded as time passed.

The awfulness of Fashion King wasn’t Yoo Ah In’s fault—or anybody else’s, really. It takes a village to make a good drama: Without the writing, the actors have nothing to do. Without the actors, the characters will never come to life. Without the directing, the other pieces of the puzzle won’t come together in a way that makes sense. And the reverse is also true. Even people who are good at their jobs can produce something that isn’t worthy of them when the big picture isn’t auspicious.

So in honor of smashing successes and crashing failures, I give you these curious highlights and lowlights of a few drama careers.