For the past two months, I’ve lived in the world of Secret Love Affair. Now that I’m reawakening to real life, I feel a little woozy and hungover.

Part of my insane fixation on this show probably arises from how I watched it: devouring episodes as they aired in Korea, then suffering through a never-ending week for the next installments. There’s no doubt that I would have liked this series even if I marathoned it in one big gulp, but I definitely wouldn’t have taken the time to savor it in the same way. And this is a show that deserves—nay, requires—savoring. If you go into it thinking it’s just another zany Korean drama that will be a shallow diversion, you’ll be disappointed. It’s probably possible to watch SLA casually, but any viewer who is less than fully engaged will miss the best things it has to offer. From sly narrative foreshadowings and clever thematic connections to deliciously oblique dialogue, Secret Love Affair isn’t predigested for our enjoyment. Instead, it’s carefully crafted to stimulate our minds.

A lot of Kdramas remind of this weird little segment of book publishing in America. It’s called “high interest,” and it focuses on titles meant to motivate kids who are reluctant readers. These books are about exciting topics, and their language is intentionally simple and straightforward so shaky readers won’t feel challenged. The point is to draw readers in and make them realize that books are incredible, not to force them to fumble through big words and difficult grammar that they don’t understand. The drama equivalent of these books are shows that rely more on spectacle than insight. The Moon that Embraces the Sun is a prime example—it broadcast every motivation in voiceover lest anyone lose the plot thread or actually be required to think. I’d also put family dramas and shows like I Need Romance 3 in this category, as they’re designed for easy, non-demanding titillation, not thoughtful viewing.

But there are also plenty of Korean dramas that aren’t afraid to be intricate and complex, or to ask that we invest something into understanding them. They can be difficult and literary, and they don’t dumb-down their stories for superficial viewers. Shows like Nine, The End of the World, and even the rom-com Queen In-hyun’s Man fit this bill. And Secret Love Affair just might be their queen. It takes incredibly traditional Kdrama tropes—a noona romance, shocking traffic accidents, back hugs, and corporate intrigue—and grafts them into the world of a moody, thoughtful indie movie. Like most Korean dramas, its primary goal is eliciting emotion in its viewers. But instead of being driven by events, its plot is driven by its characters and the way they grow and change as they come together.

Refreshingly sophisticated and mature, Secret Love Affair isn’t for everyone. But then again, how could it be, when it was so clearly created just for me? Indulge me for one final post devoted to the things I loved about SLA, hopefully to be followed by a more balanced review on Thursday. 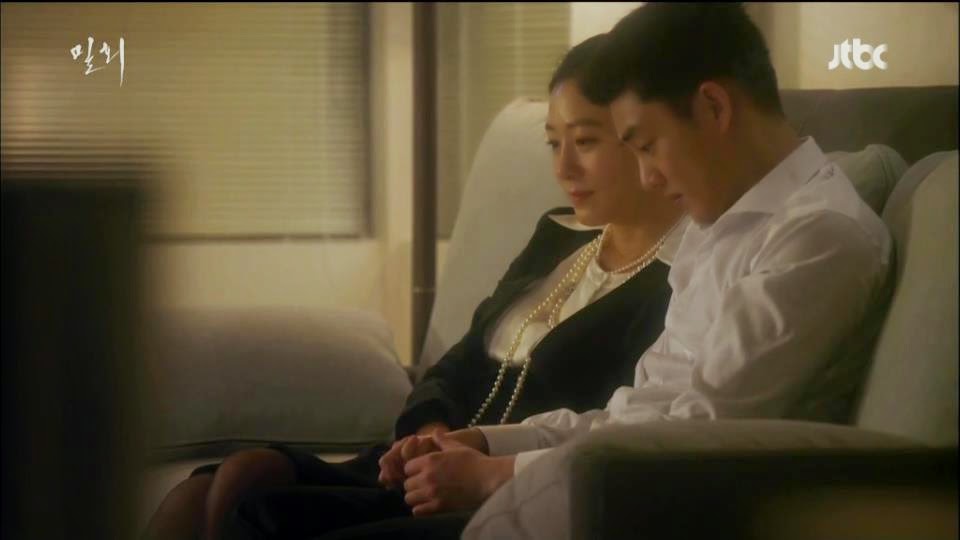 The romance.
For all my talk about how arty and well done this drama is, what really drew me in is the central romance between Hye Won and Sun Jae. It’s both epic and personal, both impossibly touching and realistically flawed. The slow, tentative blossoming of their relationship is at the heart of this series, and it’s portrayed in a candid, genuine way that’s almost unheard of in Korean dramas. Hye Won and Sun Jae are drawn together as human beings by their shared love of music, and they’re drawn together as lovers by intense physical attraction. We see all their relationship milestones—from their first kiss to their first night together, from their first inside joke to their first experience of shared domestic life.

Unlike so many drama relationships, these are two people who are made better by being together. Sun Jae evolves from a starry-eyed boy with a crush on an idealized older woman into a man who understands that love is all the more powerful for its earthbound, potentially finite nature. And through Sun Jae’s eyes, Hye Won sees her life anew. She finds the strength to regret sacrificing her soul for social standing and money.

In all my time watching Korean dramas, I’ve only seen one pairing as wonderful as this one: Han Gyul and Eun Chan in Coffee Prince, my sacred love. Like that show, Secret Love Affair doesn’t spend all its time keeping its lead couple apart—it instead looks for ways to bring them together, using their relationship as fodder for the progression of its story rather than relying on will-they-or-won’t-they tension to carry viewers to the final episode. 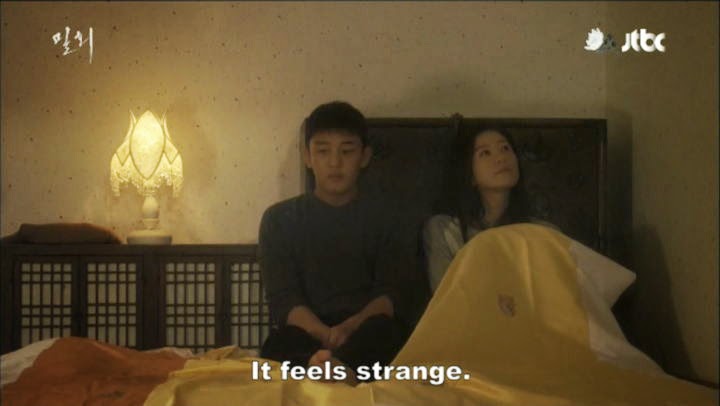 The room for interpretation.
I’ve written a lot about dramas over the past few years, but no show has made me want to write as much as Secret Love Affair did. It’s not a simplistic, straightforward story with only one possible interpretation. Instead, its narrative is presented in the way we experience real life—people sometimes say or do things we don’t immediately understand. Things that are really related don’t seem to be, and we don’t always have access to all the information we want. I loved trying to fit the pieces together and sussing out the hidden meanings and connections between scenes. It activated long-forgotten areas of my brain, bringing me back to my days as a college English major. Being called to think about something so deeply and analyze so many different threads of a story that I was so emotionally engaged in was an exhilarating experience, and one I despair of having again soon. 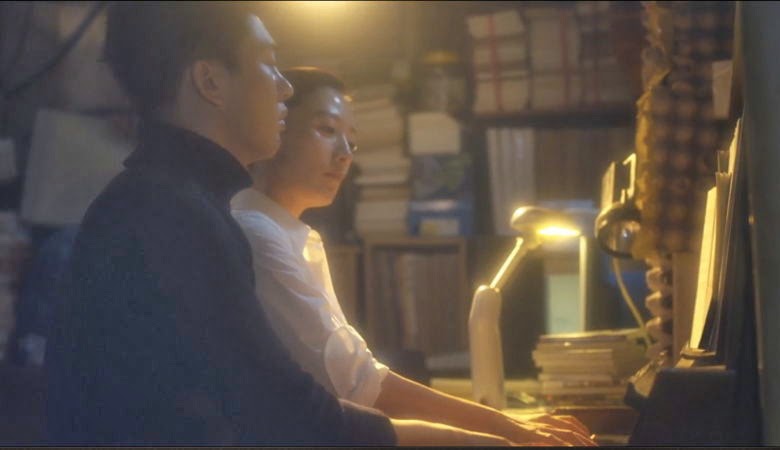 The music.
I love the connection Sun Jae and Hye forged through music. Especially in the early episodes, the songs they played felt like a third character in their romance—an independent figure that conveyed the emotions they themselves might have hidden, just as it served to bring them closer with every successive note. I’m no big fan of classical music, so most of the pieces were new to me. They fit each scene perfectly, though, and the actors’ emotions really helped me to understand them in a way I couldn’t with only my limited musical ability. Further research into the songs showed that they were filled with hidden meanings and historical associations that could impact our understanding of the story. (For interesting takes on the Schubert piece from episode 2, check out the Soompi thread and Ddee’s Tumblr. There’s also a great discussion of the Mozart piece in the finale on Soompi.) Just like everything else in this show, its musical selections were painstakingly chosen to further the story and intensify the mood.

As an added bonus, Secret Love Affair’s score was completely wonderful, too. The main theme is gorgeous and swoony and will no doubt live on my iPod forever. 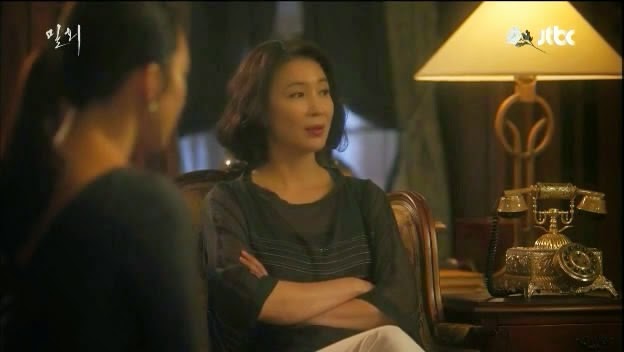 The women.
The thing I love most about Korean dramas is the way they allow women to take center stage. Hye Won is surely the star of Secret Love Affair—conflicted and imperfect, lost and finally found. But even beyond her role, almost the entire show is set in the world of women and told in women’s voices. Its female characters share a huge, complicated constellation of attachments and relationships, from competitors to friends, from mentors to conspirators to enemies. They use traditionally female routes to power, harnessing gossip and physical desire like Madam Han or working quietly in the background and letting other people take the glory, like Hye Won and Madam Baek. 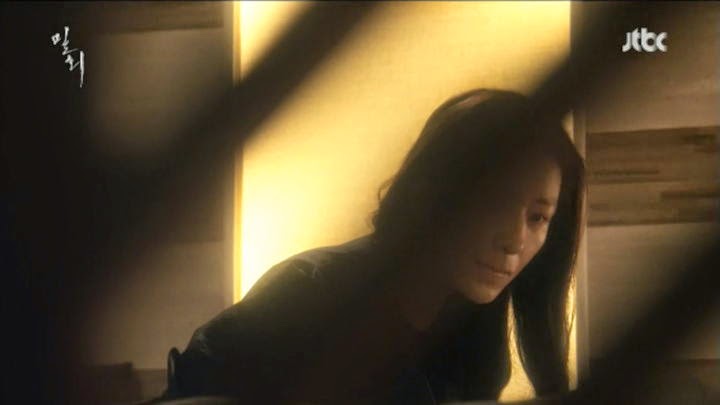 The look.
You can’t expect anything less than beautiful work from director Ahn Pan Suk. His shows are always stylish and beautifully shot, but Secret Love Affair goes above and beyond. In a genre that’s so often composed of entirely close-ups, Secret Love Affair is full of real craftsmanship and visual intensity. There are long takes and distance shots and a common theme of scenes shot through patterned screens that, in hindsight, can only be meant to represent cell bars.

Everything about SLA’s physical being is lovely and fully realized—from Sun Jae’s dilapidated but homey apartment to the cold mausoleum of a house shared by the Chairman and Madam Han, the places and props in this show all work to support its story. The clothes are fabulous, the locations are perfect, and the atmosphere is a powerful tool used to intensify the tension. 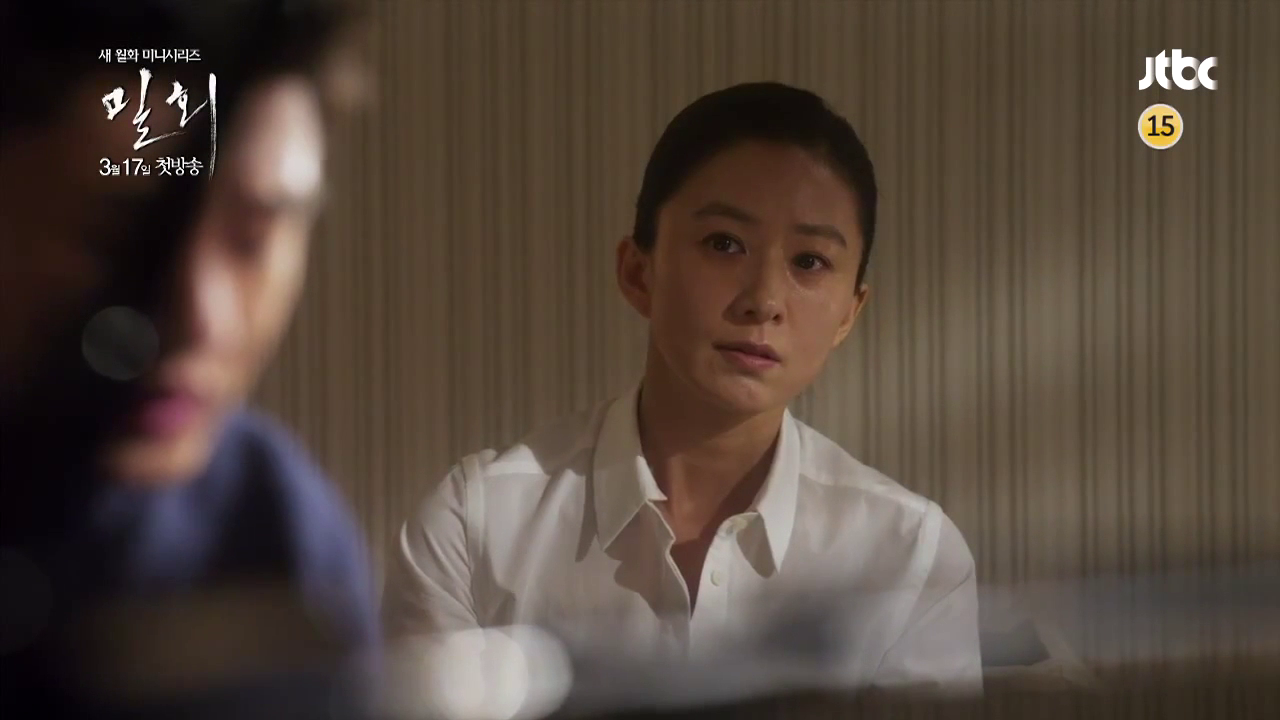 The acting.
Korean dramas can be hit or miss on this front—they too often rely on cartoony overacting that has nothing in common with way people behave in the real world. But Secret Love Affair is different. Its actors tackled their roles with realistic, organic passion that made the show feel more like an indie movie than a cheesy television show. Yoo Ah In as Sun Jae was a particular revelation. The handsome brooder from Sungkyunkwan Scandal has grown into a master of his craft, capable of conveying a hundred thoughts with a single gesture. And Kim Hee Ah took the role of Hye Won, a character that might easily have become an antihero, and imbued it with such sympathetic depths that it’s impossible not to root for her in spite of the bad things she does.

It sure is a good thing that this show was anchored with such stellar performances. Secret Love Affair’s dialogue is so subtle that anything less would have made it almost meaningless.