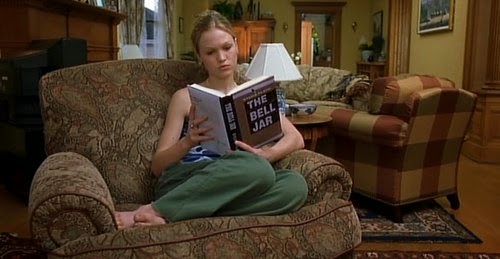 Books and reading don’t come up all that often in Western entertainment.

I did some Googling on this topic, and even listing ten on-screen readers required one website to go all the way back to the 1994–2004 run of the sitcom Friends. There are some exceptions, often in the form of a girl who’s never far from her latest book, including Rory from Gilmore Girls, Suzy from Moonlight Kingdom, and the prisoners of Orange Is the New Black. But if you were a space alien watching American media, you’d probably come to the conclusion that nobody in the country ever touches a book.

In Korean dramas, things are different. Lie to Me’s heroine read in her spare time. Nine Ends, Two Outs revolved around an aspiring novelist. The glorious wall of books in Joo Won’s ultra-modern house in Secret Garden wasn’t just there for show—it housed the copy of Alice in Wonderland that became a key part of his romance with Ra Im. And the last three shows I’ve live-watched have all used books as central plot points.


I suspect that there are a few reasons why Korean dramas are more likely to show books than American television shows. One is probably how they’re created: In America, most series are written in a collaborative process that involves teams of people. Something as personal as quoting from a specific book seems unlikely to stick—what are the odds that everyone involved would know the book, and agree to include it? In Korea, on the other hand, most shows are written by one or two people, and it seems they must have greater individual input into what they write.

I think there’s also a real strain of anti-intellectualism in American culture that may not exist in Korea, which has a long tradition of valuing scholarship. From Confucian scholars running the government to high school kids devoting their entire lives to getting into the right college, book smarts aren’t something to be ashamed of there. American culture, in contrast, is automatically suspicious of educated people. You only need to see one episode of The Big Bang Theory to realize that being smart is a quirky character trait in America, something to laugh at rather than something to aspire to. Depicting a character with a book is usually part of a joke or a red flag about their idiosyncrasy, not a simple fact of life.

Weirdly, American copyright laws might be another thing preventing books from being quoted on TV. It can be complicated and expensive to get permission to use something on air, and the legal gray areas involved could be scaring screenwriters away. Although these laws are designed to ensure that creators are protected from people who would steal their art, they may be discouraging valuable promotional opportunities. 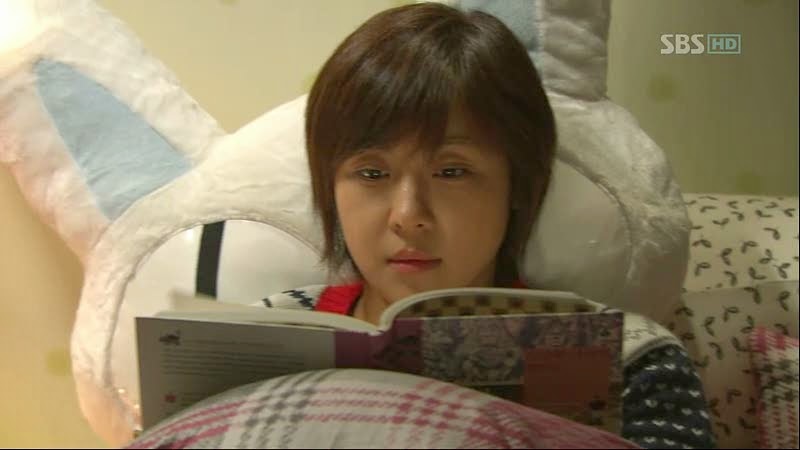 I’m also not deluding myself into thinking that Kdramas include books for purely noble reasons, like a love of literature. Most of them are probably mercenary product placements, just like the clothes, restaurants, and tech devices that constantly appear in modern dramas. In fact, here’s what the Kpop website Soompi reported just after Secret Garden aired:

“Why is a 145-year-old novel suddenly a bestseller in Korea? Because it was featured in a hit drama, of course! In the popular drama Secret Garden, the characters played by Hyun Bin and Ha Ji Won both read Alice in Wonderland, and lines from the book are featured in the drama. As a result, Alice in Wonderland is currently the number two bestseller of the week in the online Korean bookstore Aladdin.”

Secret Garden was one of the first shows made after Korean rules about TV product placement were relaxed in 2010, and it took full advantage of the changes. Once upon a time, dramas were fined if they allowed a brand name to appear on screen for more than a few seconds. (The 2008 behind-the-scenes drama The World That they Live In devoted a whole episode to that very thing.) Secret Garden, in contrast, was built from the ground up specifically for product placement opportunities. Black Cat from the Vault of Doom summarized the situation:

“Achieve Group DN, a marketing shingle..., began handling many ancillary details of most of the characters with PPL [product placement] and sponsorships in mind. You’ve read that right: some Gangnam drone with an MBA from Harvard who had never seen a TV Drama in his life was handling the building foundations of a drama’s main characters instead of the writer. Everything from Ju-Won’s (Hyun Bin) predilection for certain rather intrusive smartphone apps by LG to his being a CEO of a department store was a conscious effort by the marketing analysts behind this show to tie such elements to a potential source of revenue.” 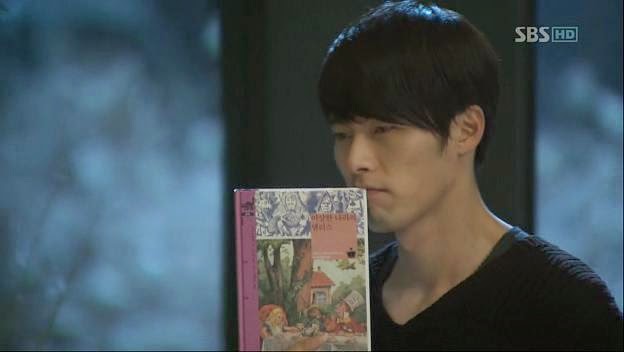 So was Alice in Wonderland part of this production placement strategy?

If we were talking about English-language editions, the answer would probably be no. Alice in Wonderland’s English text has been in the public domain for more than a hundred years, which means it’s freely available for anybody to do anything they want with it. Because of this, no big publishing house would stand to gain much from publicizing the story—there are hundreds of editions for sale from just as many publishers. A Western publisher would make a lot more money by promoting a book that had been recently published and for which they held exclusive copyright.

Alice in Wonderland might also be in the public domain in Korea. My limited language skills make it impossible for me to figure this out, as it depends on the date of its first translation and when its translator died. (Like in America, copyright in Korea lasts for a specific number of years after the author’s death.) But even if the text isn’t protected by copyright, the edition shown in Secret Garden isn’t just a bargain-basement paperback from a publisher that focuses on cheap public domain reprints, like the American company Dover Books. It’s a deluxe hardcover with all the bells and whistles—colored endpapers, a fancy paper-over-board cover, and maybe even a ribbon marker. (Excuse my fangirl pleasure at a well-produced book.) And whenever the book is discussed, the director goes out of his way to focus on its cover.

If they were obsessive enough to buy a book discussed on a television show, I suspect fans would also be obsessive enough to buy the same edition—no matter what it cost. Somebody spent a lot of money to make that book, and then they made a lot of money when it was featured so prominently in a hugely successful drama. Because of this, I think that Alice was in Secret Garden because her publisher paid for her to be there, not just because the drama’s screenwriter loved her story. 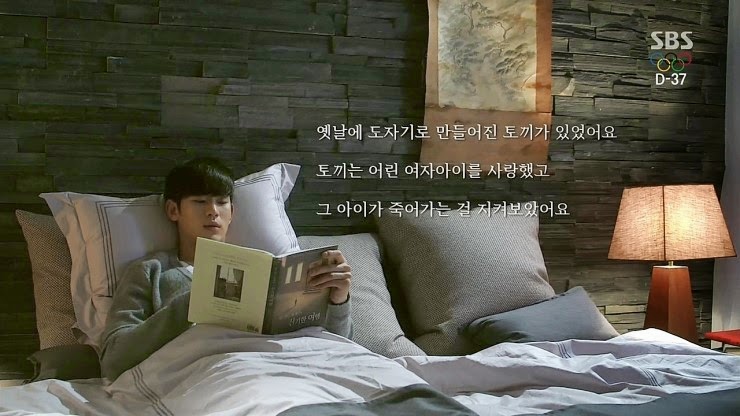 Today, Korean book publishers are definitely players in drama product placement. In a fascinating article about adverting in Korean dramas, Korea JoongAng Daily writes that “publishers are signing deals to get their books in front of the cameras in order to turn them into best-sellers. Industry insiders estimate that it costs 100 million won to show a book up to three times in a single drama episode.” And it’s definitely a winning proposition for them—after appearing in My Love from Another Star, American author Kate DiCamillo’s Miraculous Journey of Edward Tulane sold more than 30,000 copies.

While drama product placement can be incredibly annoying, I’d certainly rather watch a backhanded ad for a book than one for laundry detergent, an app, or a brand of car. So you’ll hear no complaints from me about the presence of books in Kdramas.

Here are a few other dramas that feature books—some dating from before product placement rules were changed in 2010. (Books were still present back then, but their covers were downplayed.)

—My Lovely Sam Soon, 2005. This show’s heroine relates to her boyfriend’s niece using Momo, a fantasy children’s book published in 1977 by German author Michael Ende. Probably not an act of product placement, as the drama was filmed before the PPL rules loosened in 2010.

—Time between Dog and Wolf, 2007. The finale of this gangster thriller quotes from The Never-ending Story, a 1983 children’s book also written by Ende. This probably isn’t an official product placement, either. The book’s cover is shown only in passing, and the drama dates from well before 2010.

—Scent of a Woman, 2011. Kim Sun Ah and her second male lead share a copy of Anne of Green Gables, a classic Canadian novel originally published in 1908. This is almost certainly a product placement: The book’s cover is displayed prominently (and awkwardly) many times. Anne of Green Gables is also a cultural touchstone in Japan, which is definitely a primary market for Scent of a Woman—especially as it’s partially filmed in Okinawa.

—Secret Love Affair, 2014. This drama makes incredibly powerful use of the writings of a renowned Russian pianist that were published in English in 2002 as Sviatslov Richter: Notebooks and Conversations. It also name-checks the novel Aimez-vous Brahms, originally published in French in 1959. It’s hard to believe that these are product placements—the second book is only mentioned, never shown (and isn’t even in print in English). Also, biographies of dead pianists never seem likely to be big sellers.

—Witch’s Romance, 2104. The male lead hides a note in Paulo Coelho’s Korea-only “Tweetbook,” The Magical Moment. (Thanks to Dearincrediblesweetness @ Tumblr for this information). Not to be cynical or anything, but this is blatant product placement for a book that was created to take money from the stupid—it’s just reprinted Tweets by with cute illustrations.
Posted by Amanda at 9:00 AM