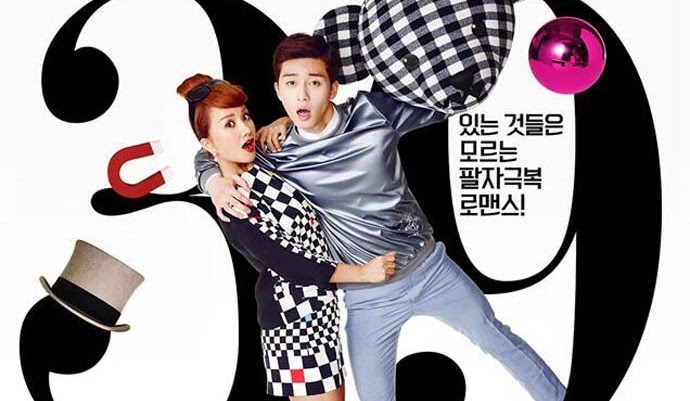 What it’s about
Years after being left at the alter by her globe-trotting photographer boyfriend, Ji Yeon is a hard-charging career woman and dedicated journalist. But it isn’t until she meets a much younger part-time worker that her heart begins to heal—which is exactly when her ex-fiance returns to Korea and decides he wants Ji Yeon back. (Surprise!)

First impression
I was a little reluctant to start this drama, having watched only the first episode of its Taiwanese predecessor before dropping it. But it was silly of me to worry. TVN’s crack team of creative professionals took an awkwardly staged, cartoony farce and turned it into a funny, sophisticated little gem. The acting has been toned down, the story significantly tightened to focus on the lead couple, and the production values astronomically increased. I was worried about how anything could follow in the footsteps of my beloved Secret Love Affair, but I’m starting to think that a change of pace with this spritely rom-com is just the thing I need.

Final verdict
Witch’s Romance was a fairly popular and well-liked show during its run, but it just didn’t work for me. Like so many of its TVN station-mates, it felt too bland and machine-extruded to really engage either my heart or mind. This show bears no relation to the gritty, flesh-bound world of old-school Korean dramas, where poverty existed and danger was believably real. Its characters and their plastic, new-car smelling world are one-dimensional and hollow, utterly divorced from anything approaching real, physical life.

The first few episodes work as a light workplace comedy with a side of romance, but as soon as Ji Yeon’s former fiancé shows up everything falls apart. The ensuing love triangle feels empty and meaningless, like something cooked up at the last minute when the writers realized they might not have enough material for sixteen episodes of story. When they’re used well, love triangles can tell us a lot about the characters involved and provide real narrative tension. But this show never justifies its love triangle by asking the questions that would make the secondary relationship feel fully formed, not like a pointless afterthought. Why did Ji Yeon’s fiancé leave? Why didn’t he contact her for six years? How could she possibly forgive him for ditching her? Witch’s Romance turns a blind eye to all these issues, content to rely on the same old will-they-or-won’t they relationships that have been filling Korean airwaves for decades.

Even I was sometimes charmed by Witch’s Romance, though. It has good raw materials, thanks to its likable cast and capable director. Its characters are also vast improvements over the ones in I Need Romance 3, a fellow noona romance and close cousin to this show. Ji Yeon is a nuanced, likable female lead—she’s driven and hardworking, but not without a heart. Dong Ha, her much younger lover, is so sweet and supportive you’ll swear he’s actually the second lead. Their friends, family, and coworkers add goofy adorability to the mix. (Ji Yeon’s chubby, sweet-hearted mom is a particular delight.)

Best of all is the budding love between Ji Yeon and Dong Ha. Together, they’re silly and sweet and kind to each other in a way that’s dismayingly rare in Korean dramas. Their fourteen-year age difference keeps the show on trend, but it also means that the male lead (usually) doesn’t act like a demanding, bossy jerk. And when she’s with Dong Ha, it’s obvious that Ji Yeon feels free to be herself in ways she never managed around her fiancé. If their relationship had driven the plot, this show would have been vastly better. Instead, the writers allowed their story to be dragged down by facile drama cliches and useless cul-de-sacs. Fancy sets and charismatic actors can only take a story so far.

At its best, Witch’s Romance is a giggle-inducing cute-fest. At its worst, it’s derivative and slick to the point of soullessness. But I’m happy to report that the former outweighs the latter—if only slightly.

Read more episode by episode thoughts on my Tumblr

That's Okay, It's Love
Currently: Okay, I guess. But it's sure not love.