One of the things I love most about Korean television is the finite nature of its dramas. They’re each novelistic in their completeness—free-standing, independent stories with a beginning, middle, and end.

These days, though, the trend is toward something a bit different: The drama franchise. From the Answer Me shows to the Flower Boy series, more and more dramas seem to be part of an ongoing brand. And while these individual shows may share a common name, they’re almost always distinct stories built around a unique set of characters, rather than what we Westerners would consider a subsequent season or a true sequel.

It’s easy to see why the Drama Overlords would like franchise series. You don’t have to start from scratch when you’re promoting I Need Romance 3—there’s instant name recognition, and potential viewers know exactly what to expect from your show. People who are familiar with the product are likely to tune in out of habit, unlike shows that are presented as fully separate entities. It also ties old dramas (what people in book publishing would call “the backlist”) to currently airing series, giving them new life by encouraging viewers to catch up with reruns and DVD box sets. I bet it’s also easier to sell a known quantity like a franchise drama abroad, and international markets sure are like catnip to the folks behind Korean television.


If you want to be cynical and jaded about it (as I often do), contemporary franchises offer the Drama Overlords another perk. You don’t necessarily need to pay for a big-name star, director, or writer to get publicity for these shows—the franchise name is what ties them together, allowing you to can jettison cast and crew at will rather than working hard to keep them happy over the long term.

Franchise building isn’t a new strategy for Kdramas. The late-90s School series ran for four seasons before inspiring last year’s School 2013 reboot, while the High Kick shingle produced three successful sitcoms in the mid 2000s. My arch-nemesis Kim Eun Sook’s Lovers trilogy also fits the bill, including Lovers in Prague, Lovers in Paris, and Lovers. (I watched the last one long before I knew who Kim Eun Sook was. Guess what? I hated it.)

I think it’s especially interesting how fluid these collections of dramas can be. Most of them share common themes, like Answer Me’s pop-culture-flavored coming of age stories. But some of them are held together by little more than their names. The Flower Boy shows are barely related beyond their casts of eponymous dream boats. All four shows have a youthful vibe and feature stylistic visuals, but they run the gamut from gritty, realistic explorations of friendship to broad comedies about ramyun.

The Endless Love cycle—Autumn in my Heart, Winter Sonata, Summer Scent, and Spring Waltz—is another franchise series with an extremely loose theme. The uniting factor is what the director called “pure love,” although three of the shows also feature first loves who are cruelly separated as children, only to find each other as adults. The Wikipedia page devoted to these dramas notes that the they were grouped together like this only after the first two installments became international successes, which sounds to me like the smartest marketing ploy ever. I’m sure I’m not the only one with a completist’s heart who watched all four shows, and their common name definitely helped them reach huge audiences around the world.

Cable network tvN is particularly fond of franchise dramas, even airing Rude Miss Young Ae, an Office-style sitcom that’s lasted for 12 seasons with the same characters, cast, and ongoing storylines. There are also a smattering of recent, smaller-scale franchises on other networks. Some of these shows might be more accurately considered companion pieces, like SBS’s makjang revenges Temptation of a Wife (2008) and Temptation of an Angel (2009) and KBS’s grownup rom-coms Queen of Housewives (2009) and Queen of Reversals (2010). Even the currently airing JTBC drama Can we Love is being tied to 2012’s Can We Get Married with its title, although as far as I can tell a director is the only thing the two shows have in common.

Here’s a quick rundown of the franchises I’ve watched.

Crossovers: The kids from AM1997 make cameos in later episodes of AM1994

Best: Sharply perceptive and deeply funny, Answer Me, 1997 is my drama soulmate

Worst: It’s a fine show, but Answer Me, 1994 rode its marital mystery into the ground

Crossovers: A secondary character in the original becomes a male lead 2012, and one of its female leads does a brief cameo. None in the third as of yet, but a character really obviously lives in the same apartment complex as someone in the earlier shows

Best: The original wins out with its iconoclastic take on romance in the modern world

Worst: While it was still worth watching, I Need Romance 2012 was too traditionally minded by far 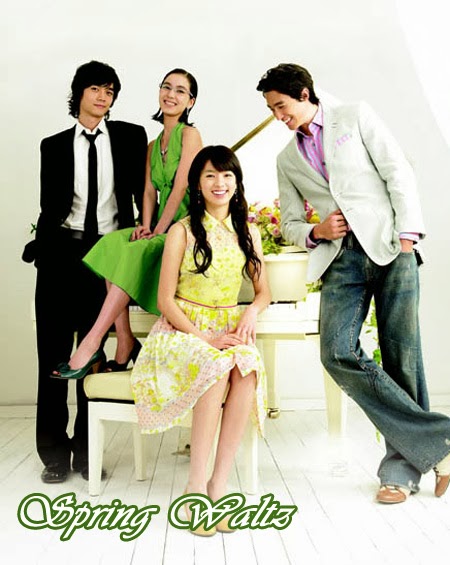 Crossovers: Song Seung Hun plays unrelated male leads in Autumn in My Heart and Summer Scent. (And no, his acting didn’t really improve over the years.) A number of secondary actors in each installment

Worst: The glacially slow Summer Scent, which should be prescribed to insomniacs 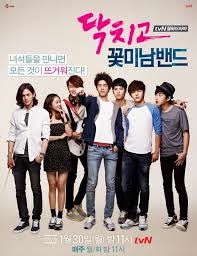 Worst: The manic, live-action cartoon known as Flower Boy Ramyun Shop, closely followed by boring, episodic Cyrano, which I haven’t even been able to bring myself to finish watching