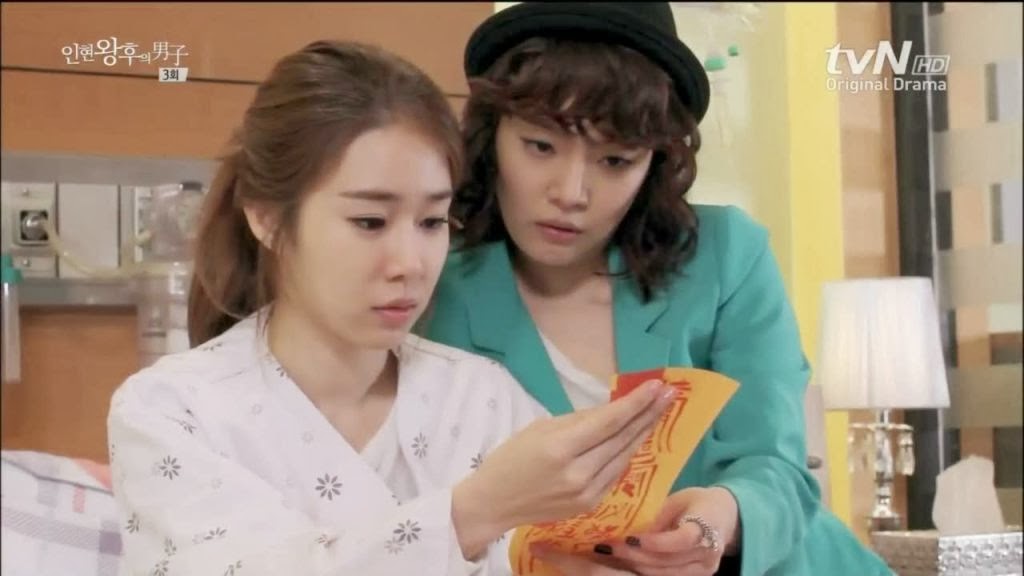 It’s pretty absurd that I blog about Kdrama.

Before I started Outside Seoul, my exposure to things Korean was limited at best: A friend and I had once stood in front of the local Korean restaurant for about 15 seconds before turning around and leaving. (“Too authentic,” we whispered on the way to the car, dazed by a menu full of words we’d never seen before.) Also, I had read a book about Korean culture. (For a job I hated and left shortly thereafter.)

But knowing about Korea isn’t a requirement for loving Korean dramas. Their concerns are universal—love and family and a hunger for connection aren’t things that exist in only one language or one culture. Things might be a little confusing in the beginning (“Oppa? What’s an Oppa?”), but the more you watch, the more you understand. Which is pretty darn awesome—while we Western viewers are  swooning over Song Yi and Min Joon, we’re also learning about another culture’s values, traditions, and way of life.

By 2012, I’d been obsessively watching Korean dramas for more than two years. I had probably seen more than a hundred of them: I knew the actors, I knew the tropes, I knew the trends. I thought I had everything figured out, and was sure I’d never again be mystified by what I saw on screen. But then I watched Queen In Hyun’s Man, and I realized I was a fool. When a character appeared with a yellow piece of paper with red writing on it, I had no idea what it meant. It wasn’t until I read the Dramabeans recap of the episode that I realized it was a magical talisman. It struck me then that even with my insanely prolific viewing of Kdrama, I had barely scratched the surface when it came to Korean television and culture.

As a blogger, this means I’m always writing about things I don’t fully understand. I don’t think this is any reason for me to stop, though. There’s value in seeing things with new eyes; like the subtitle says, this is Korean drama from the outside in. I’m learning more every day, and the dramaweb and well-informed people who comment here is one of the big reasons why.

But over the years, I’ve posted some pretty silly things on this blog. In honor of the recently passed Festivus season, I thought I’d take this opportunity to highlight a few of them. 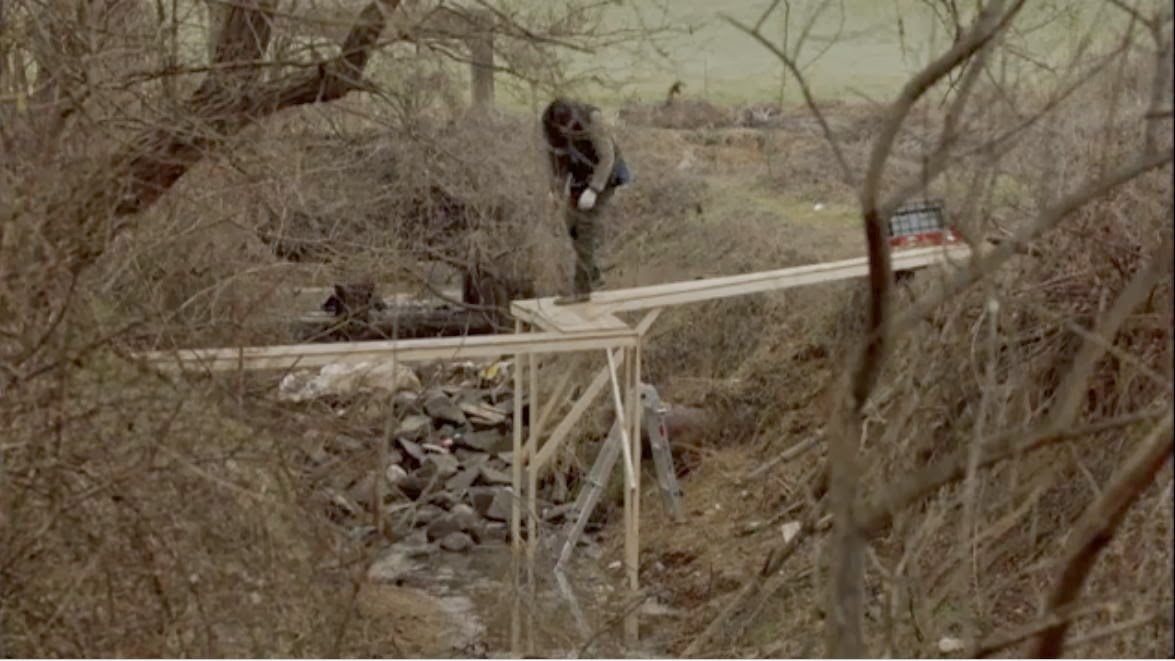 The bridges of Padam Padam

“[T]he bridges built by the lead . . . span a manmade streambed that is notorious for injuring the local wildlife, but instead of being simple, straight stretches above the water, each bridge takes a meandering, multi-angle path. Even as you watch the first rabbit tentatively hop its way across, you’re left wondering why a professional carpenter would build something so irregular and awkward.” —Amanda, March 2012

In hindsight I cringe at how baffled I was by this scene. I now know that what the male lead built is called a zig-zag bridge, and that they’ve been around in Asia for hundreds of years. I’ve heard a few different reasons for their unusual construction: Some sources say that their sharp-cornered paths are meant to prevent ghosts from following the people who cross them. Others insist that this is a load of hooey, and that their real purpose is to encourage awareness and living in the moment. (Presumably because if you weren’t paying attention, you could bump into something or fall of the edge?). Another theory is that they’re meant to show the unity of opposites. All I know is that they’re something I was sure I understood . . . until I realized I didn’t. 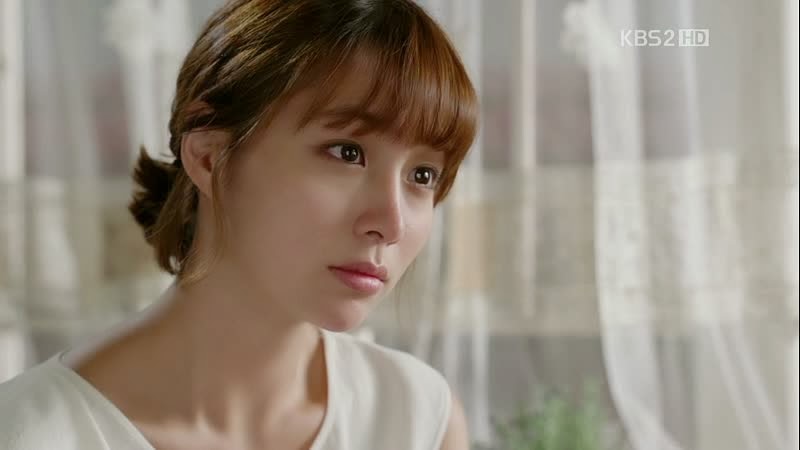 “Why did Da Ran’s mom have a shaved head, as mentioned in episode 12? Did she shave her hair in protest of her parents’ disapproval of her lover? Or was she being treated for cancer, maybe bringing her into orbit with Yoon Jae’s dad?”  —Amanda, July 2012

Although “Because of cancer!” is a safe guess when you’re unsure about something in a Korean drama, this time there was a less serious explanation. What I didn’t know then is that shaving a child’s head is a punishment sometimes used in Korea. Da Ran’s grandparents didn’t approve of her mom’s choice of husband, so they got out the electric razor and went to town. (Thanks for filling me in on that one, Answer Me 1997.) My misunderstanding lead to an interesting discovery, though: while Viki translated the dialogue of this scene faithfully, including the head shaving incident, Drama Fever’s subtitles were edited. They skipped the mention of punishment altogether, perhaps to avoid alienating their Western audience. I think this is a pity—how are we supposed to learn if someone is censoring things we might not understand? 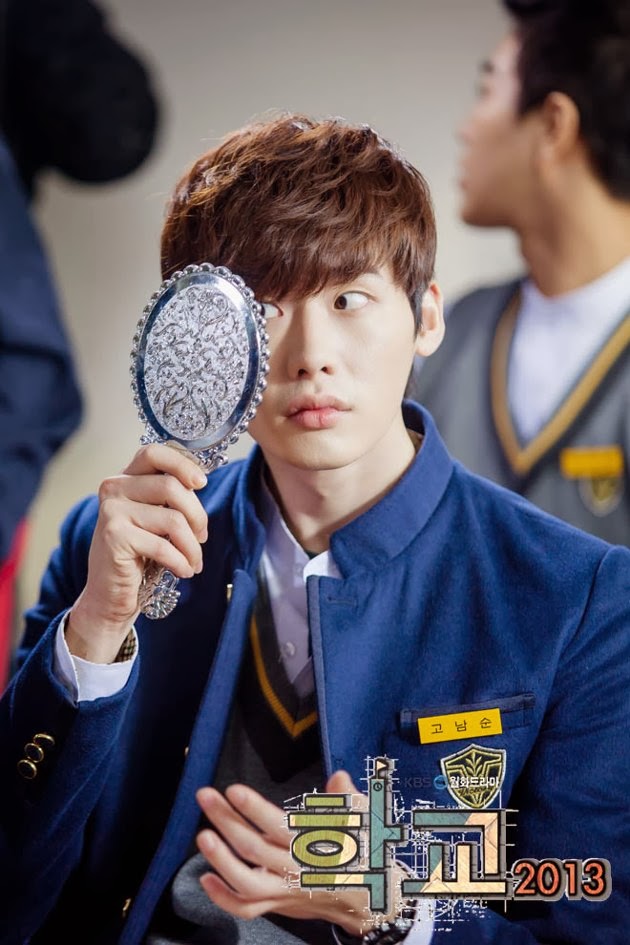 Mirror Mirror in my hand

“Girls in Korea don’t really walk around with hand mirrors, gazing adoringly at their own faces at odd moments during the day. Right?”  —Amanda, August 2012

When I wrote this comment, I meant it as a joke. I assumed the mirror thing was just another piece of over-the-top drama shorthand meant for laughs, and that in real life nobody would ever carry one around like that. To a Westerner, being that interested in how you look is impossibly, offensively vain. But here’s a little plot twist you might have seen coming: Korea is not in the West. While we Americans tell ourselves that looks are only skin deep, people in Korea aren’t shy about the importance of physical appearance. A key side effect of this candid approach to life is really, really caring about how you look. Thusly the hand mirrors, the plastic surgery, and the Kpop diet trends. 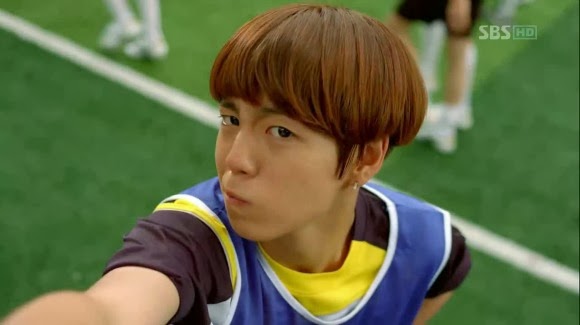 “Fifty percent of the profile pictures on the Internet are probably selcas, yet we Americans have yet to realize that it would be handy to have a word to describe them. When we finally do catch on, the Korean version will fit right into our language: it’s a mashup of the English words self and camera, after all.” —Amanda, November 2012

How quaint it seems today that I once thought English had no selca equivalent. You can’t turn around now without hearing selfie, but when I made this post it was just shy of being a household world. (At least for middle-aged Americans with no kids, anyway.) In truth, Urban Dictionary’s first definition for selfie is dated 2009. It’s followed by a long stretch of virtual silence, with one new definition written in each 2011 and 2012. And then it was 2013, and your grandmother was taking selfies with her new iPhone 5C.

***
Being a fan of Korean drama can feel like taking a mater class not only in Korean culture, but also my own. So here’s to another year full of amazing things to learn—and lots of future humiliation at the thought of my past ignorance.
Posted by Amanda at 9:00 AM