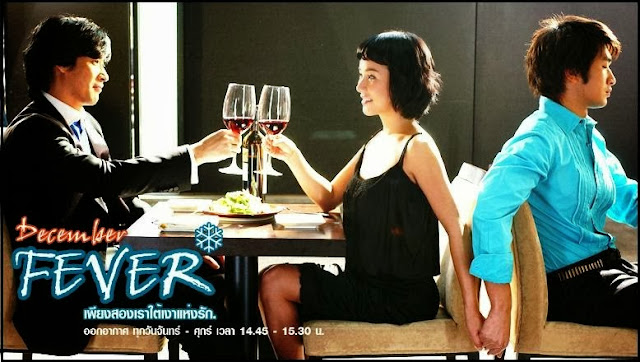 What it’s about
Ten years after her shotgun wedding to a powerful doctor, Young Shim still doesn’t fit into his home. She works like a slave on behalf of his family and always keeps a smile on her face, but her husband’s mother and sister never let her forget her roots as a poor country girl. The more she tries to earn their respect, the more insults and cruelties they lob her way. When Young Shim finally decides to venture into the wider world on her own, she meets a handsome younger man who leaves her longing for human connection. But their blooming relationship is not without complications—he’s the ex-boyfriend of her new sister-in-law, and might just be using Young Shim to exact revenge for being dumped. When a terminal cancer diagnosis is given, Young Shim is forced to choose: does she stay in an unhappy marriage, or does she strike out on her own?

First impression
To offset all the recent dramas I’ve been watching lately, I wanted to try something retro. That’s exactly what this 2004 series is: from the clunky cell phones to the tragic finale lurking at the end of its 17 episode running time, it’s a perfect exemplar of the early oughts on Korean television. These older shows might not be as slick as what’s on the air today, but they do have lots of charm and somehow feel more emotionally genuine than even the best modern shows. Bring on the ill-fated, old-school noona romance. I dare you to make me cry, drama. I dare you!

Final verdict
When I started watching December Fever, I expected it to be just another treacly love story with a self-consciously tragic ending, probably intended for fans of 2002’s massively successful Winter Sonata. But in truth, this drama springs from the same gritty, downtrodden family tree as What Happened in Bali and I’m Sorry, I Love You, both of which were also released in 2004.

The extramarital romance of its heroine may be its marketing hook, but December Fever is really about something much bigger: it’s about the decisions we make, and how they have the power to ruin—or save—our lives. There’s no starry fate at play here. Instead, its characters are presented with a series of choices. Do you marry the poor man you love, or dump him for a chaebol son you barely know? Do you behave like a dutiful daughter-in-law to a woman who treats your family with disdain, or leave your unhappy marriage and take your chances in the world? Do you recover from a dead-end relationship, or do you cling to it even if you’re prompted to do terrible things? And, perhaps most poignantly, do you give up your health to live a few months longer, or chose to die with what few shreds of dignity you still have?

The consequences of these decisions are what shape this drama, not a simple love story. December Fever deals with family relationships just as earnestly as romances, and the most important of its ties are those between women: Mothers and daughters, interlopers and welcomed guests, rivals and friends, they’re what gives December Fever its spine.

There’s a lot to love in this drama’s candid depiction the political currents inherent in traditional Korean family life. For something that starts off as a broad romantic comedy, it also evolves into a powerful melodrama that will almost certainly leave you sobbing. There is the long, repetitive midsection to contend with, though. And while it includes a number of nuanced characters, its shrewish mother-in-law—clearly a direct descendant of Godzilla—is so cartoony and evil that she makes it hard to appreciate the quieter desperation of the people around her.

If you like darker family melodramas, December Fever is probably a disease you should catch.

Random Thoughts
• Episode 1. In anticipation of You Who Came from the Stars, I’ve been watching some of Gianna Jun’s work lately. Over the past few days, I’ve seen her in both Snow Flower and the Secret Fan and The Thieves. Much to my surprise, she actually appeared for a second in this show, too: a character is seen watching her 2001 movie My Sassy Girl.

• Episode 2. Nothing can ruin a drama faster than an annoying female lead, and this one is skirting perilously close to the point of no return. She’s aggressively chipper and naive, not to mention prone to getting into I Love Lucy-style scrapes. Everything about her is heightened and over the top, and the exaggerated acting isn’t helping, either. This is too bad—the story is interesting and her plight isn’t so unthinkable—she’s in an unhappy marriage with a man who doesn’t love her, and feels like she missed out on life by getting married right out of high school. Here’s hoping the disease-of-the-week melodrama kicks in soon and the actress playing her tones things down.

• Episode 2. It’s interesting how often women end up cleaning for the men who will become their love interests. Sometimes they’re his maid, like in both Boys Over Flowers and Secret. Other times they just do the housework because they see it needs to be done, like in this show. It’s a shared intimacy, kind of the female equivalent of a guy putting a blanket on his sleeping girlfriend—I’ll go out of my way to help you, and this is the best way I know how to do it. On the flip side of that particular coin is the notion of women’s work and the female role as household servant. But let’s not think about that, shall we?

• Episode 3. That’s it. I hereby propose that all Korean women should be forced to take intensive swimming lessons with a special focus on avoiding leg cramps. If dramas are anything to go by, it would probably raise the expected lifespan of women in the country by a factor of ten.

•Episode 3. I can’t believe it took me three episodes to realize that this show’s evil mother-in-law is played by the same woman who played Eun Chan’s mom in Coffee Prince. (The fact that my phone just auto-filled “Prince” after “Coffee”should tell you just how much I think and write about that show.)

• Episode 4. One of the many absurdly fascinating things I learned from the Dramabeans book is that, because there’s no gender-appropriate parallel, women sometimes call each other hyung-nim. This is actually a respectful, slightly distanced word for “brother,” but they make do with what they’ve got. I’ve never noticed it before, but the newest daughter-in-law in this just used it when she addressed the first daughter-on-law.

• Episode 4. I bet in the real world most chaebol/poor girl romances would end up like the one in this show. After the newness (or lust, as the case may be) wore off, the couple realized they had nothing in common. They’re live together, but they’re practically strangers.

• Episode 6. Who knew couple’s bandaids could be so sweet? (Well. Who other than Young Do from Heirs, anyway.) This show’s leads are great together in ways practically uncharted by kdramas. They obviously make each other happy, for one thing—and not as possessions, but as human beings. When they’re near each other they come alive, which is pretty ironic because one of them is going to end up dead. Why so cruel, Drama Overlords?

• Episode 9. I have the exact same Insight guide to Paris that the male lead looks at in this episode. (Well, mine is in English. But all the art and the design are the same.) I think Insight needs to refresh their guidebooks more often—mine is from 1999, 5 years before drama was made

• Episode 11. This household is such a toxic environment I’m surprised that the female lead hasn’t joined the Brain Cancer Club. (But seriously. What actual dumping site for toxic waste did this family live near to suffer two cases of brain cancer in the space of a few months?)

• Episode 13. Like land wars in Asia, some battles are just unwinnable. The heroine’s home life definitely falls into this category—her husband dislikes her, her mother-in-law is a monster, and her sister-in-law treats her like dirt. She should have left years ago, whether there was another man involved or not. Maybe it’s the American in me coming to the forefront, but I find it insanely frustrating to watch her just stand there and take these casual insults. God invented the words “Fuck you, bitch” for a reason, sweetie—you should use them sometime.

• Episode 13. This episode just ended with the most perfectly executed Kdrama scene: The star-crossed lovers stare at each other from opposite sides of a busy street, tears welling in their eyes as the orchestral theme song of their tragic love soars in the background. As they stand frozen in place, speeding cars blur past and fat snowflakes begin drifting from the gunmetal sky. I think I just had a dramagasm, it was so good.

• Episode 17. This finale episode was pretty effective on an emotional level, but it took a flying leap off the logic train on a practical level. They found an abandoned house…that still had electricity? (And twinkly Christmas lights?) And then someone else was able to find the same abandoned house, with no information about where they’d gone? Was there a tracking device on their car or something? How about that snow—it was like two feet deep wherever the characters stood, but it was easy to see bare grass on the sides of every frame. I also regret that the character of Park Jung Woo never really showed his heart. Sure, he was cranky and trying to protect the female lead, but come on. Would an “I love you, too” have killed him? (Well. Maybe it would have. But it would have been worth it.)

You might also like
A Wife’s Credentials real-world take on a woman’s escape from an unhappy marriage
Winter Sonata’s hyper tragic romance
Posted by Amanda at 9:00 AM

Email ThisBlogThis!Share to TwitterShare to FacebookShare to Pinterest
Labels: 2004, Drama Review, Grade B