Like many fans of Korean television, I suffer from that most wonderful of first-world problems: Too many dramas, too little time. With the never-ending production schedule and decades worth of older shows waiting to be watched, there’s no way any latecomer could ever hope to catch up.

And then there’s the issue of availability. With my drama-watching setup, streaming shows are the easiest to watch. And although a crack distribution network exists for international fans of Korean drama, some programs are still hard to come by: Nearly everything is available somewhere out there in the wilds of the Internet, but not always in a format I’d care to spend my time on. God bless services like My Soju and Drama Crazy, but it’s hard to watch their 15-minute chunks of blurry, low-res video when you’re used to high-quality streaming sources like Netflix, Viki, Crunchyroll, and Dramafever.

Last week I posted a list of new dramas I’m looking forward to watching. This week, we’ll explore the flip side: Old dramas that I want to watch, but haven’t been able to find high-quality streaming files for. 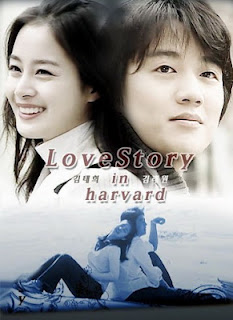 Melodrama. Practically every Korean rom-com threatens to send at least one character to America to study. This show actually does it—its first half is set in Harvard, where the members of its love triangle are working toward graduation. While the plot predictably focuses on a hardworking poor girl and the two wealthy men who fight for her affections, online reviews note that Love Story in Harvard actually deals realistically with the difficulties of studying abroad and adjusting to life in a foreign country. In its decidedly less-than-beloved second half, the action returns to Korea, and by the end this drama lives up to its namesake. You guessed it…Erich Segal’s weepy 1970 novel Love Story. It’s always fun to see how Korean dramas portray America, so I’ve got my fingers crossed that Dramafever will pick this one up. 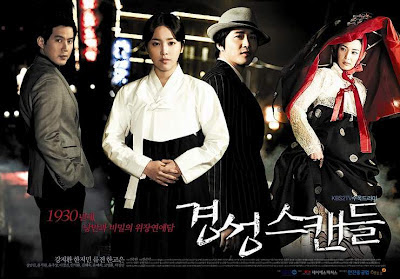 Romantic comedy. Based on a book by the author of the original Coffee Prince novel, this sageuk is set during Japan’s occupation of Korea in the 1930s. Drama set-ups don’t get much better than this: Its heroine is a bookstore-owning freedom fighter who meets the male lead, a shallow playboy, when he bets his friends he can seduce her. Of course he eventually grows a soul and works for the cause of liberation, all while wearing an extensive wardrobe of jaunty fedoras. In spite of what seem to be campy production values and a cartoony vibe, this show’s reviewers report that it’s an unexpectedly serious exploration of Korea’s struggle for freedom. 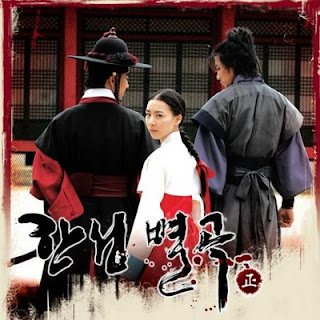 Sageuk. A Joseon-era girl who’s trained as an assassin meets up with her first love and the two become entangled in a plot against the progressive-minded king, a man eager to improve the lives of his subjects in spite of protests from the nobility. By all reports beautifully written and shot, this drama seems like it has a social conscience—and a sad, sad ending, if the reviews are to be believed.

Watch it now, if you dare:
My Soju
Drama Crazy 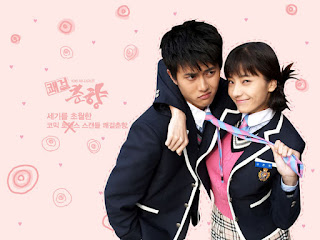 Romantic comedy. The first drama written by the Hong sisters (yes, the ones who gave us the deeply sub-par Big) is widely held to their best work to date. Based on a Korean folktale, it traces the tumultuous relationship of two high schoolers that are forced to marry after a rumor gets around that they spent the night together. Naturally, the male lead is rich and mean and the female lead is poor and hardworking, and they spend the next few years bickering and falling in love in spite of their differences. To the best of my knowledge, the owner of the website Dramabeans has never once said the words “Hong sisters” without reminiscing about how much she loved this show, which is enough recommendation or me. 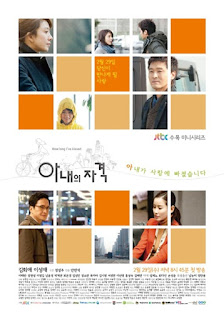 Melodrama. I suppose I shouldn’t be surprised that this drama starring grownups and intended for grownups has yet to be completely subbed in English, even though it finished airing months ago. An unhappily married woman is urged by her husband and his family to focus on her son’s education in hopes of getting him into an exclusive school. In the meanwhile, she develops feelings for their married neighbor. With the sensibility of an indie movie and a down-to-earth plot focusing on a nearly invisible segment of the Korean population—the middle-aged ajumma—this drama is so good it can make jaded blogger types squeal like little girls.

Watch them now:
—Jang Hyun Sung, as Kyung Joon’s uncle on Big (They can’t all be winners, can they?)
—Kim Hee Ae, as supporting character Yoon In Hye Midas
Watch it now, if you dare:
As far as I know, no fan subs have made it beyond episode 6. Whether any official sources will carry this drama is up in the air—like this spring’s Queen Insoo and the currently airing I Live in Cheongdam Dong, Wife’s Credentials originally aired on jTBC, one of Korea’s new upstart cable channels.
Posted by Amanda at 9:00 AM