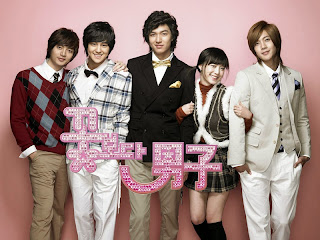 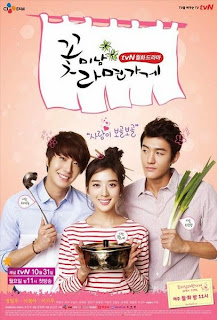 Most Korean dramas seem to be made Frankenstein-style: they’re patched together from bits and pieces of other shows, recycling character traits, plot twists, and central conflicts with wild abandon. And although this magpie approach to drama creation can get old, it also has a lot to offer—after all, there’s nothing cozier than putting on your favorite sweater, however ratty and ancient it may be.

Sometimes, though, all the borrowing can get a bit egregious—which brings me to the topic at hand: Boys before Flowers versus Flower Boy Ramen Shop. These two shows were both drawn from the Cinderella-meets-chaebol filing cabinet at Drama Overlord Central, but their similarities don’t end there.

Boys before Flowers (2007) is a coming-of-age love story saddled with mediocre production, writing, and acting. And yet, its pleasures are undeniable and the show is widely believed to be more addictive than any other substance known to man.

Flower Boy Ramen Shop (2011) is a bighearted comedy it’s hard not to love, but it’s also a drama composed almost entirely of pieces of other shows—it’s part Hello, My Teacher and part Boys before Flowers, with a healthy dose of food-porny shows like Coffee Prince thrown in for good measure.

The Throwdown
The common raw materials used to build Boys before Flowers and Flower Boy Ramen Shop are especially evident, even if the resulting shows are not created equal. 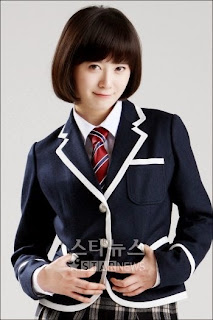 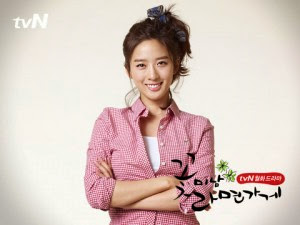 Winner: Flower Boy Ramen Shop by a mile. You know there’s trouble when a drama’s female lead aspires to the Olympics, yet nearly drowns every time a body of water larger than a teaspoon appears on screen. Jan Di has her finer points, but the wish fulfillment factor of continually being rescued by dreamy, filthy rich babes can only carry a show so far. This is why Eun Bi—gangster that she may be—is such a breath of fresh air. She doesn’t let anyone push her around and, plunger in hand, saves the day not only for herself but also for her boyfriend. 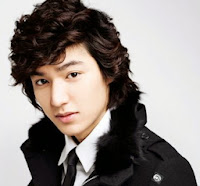 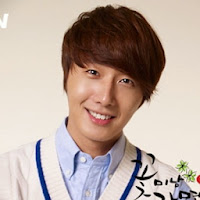 2. Male lead
* a chaebol (grandson of Shin Hwa/son of Cha Sung)
* bratty (demands shoe-licking/tricks a woman into taking him home and sheltering him)

Winner: Boys before Flowers. Jun Pyo may start off as a mean, bullying butthead, but he ends up a responsible, loving, and supportive captain of industry. Chi Soo is handsome and all, but it’s unclear what he has to offer the female lead, or how his character has improved throughout the course of the show—even in the military he’s still dodging hard work and haircuts, so what was the point of the past 16 episodes? 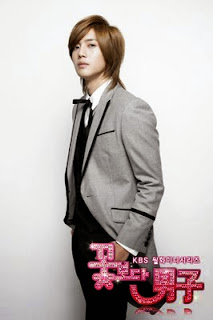 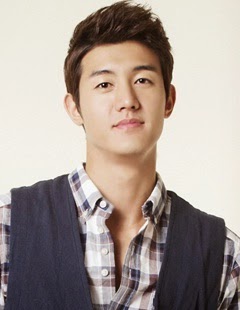 Winner: Boys before Flowers (even in spite of the magnificent "Crazy Chicken"). BbF’s length allowed everyone involved a lot more screen time, but the show also gets bonus points for tidiness by developing a secondary romance between the female lead’s best friend and a member of the F4. RBFS doesn’t bother, instead creating a separate, entirely sidelined romance for the best friend that feels both unresolved and unrelated to the show’s main narrative.

5. Plot
* boy woos unwilling girl using his family's power and money (laser leg hair removal [!!!]/unwelcome grief money)
* an uncanny but suspect prediction (“She’ll give you a family”/you’ll hear bells ringing when you kiss the one you’re meant to be with)
* a parent tries to break up the main couple with a bribe; when that fails, he/she renovates real estate (Madam Kang/President Cha)

A fire-alarm-enabled shopping spree and an all-expenses-paid trip to New Caledonia (wherever the heck that is)? Does it get better than that? Certainly not in Flower Boy Ramen Shop, where a fancy restaurant is the best a girl can hope for, no matter how rich her boyfriend may be.


Plus I literally got goose bumps when the monk made his prediction to Ji Hoo, and the show should get extra points for its clever(ish) twisting of the ambiguous prophecy. Jan Di gave him a family, all right, it was just of the grandfather variety rather than the pitter-patter-of-little-feet variety.

And then there’s Madam Kang—one of the greatest characters I've met in Kdrama. She’s a disinterested tiger mom who ultimately wants what she thinks is best for her son, but goes about getting it in exactly the wrong way. (I was disappointed in her finale, though. It’s as if the writers felt it was necessary to punish her for being a strong, independent woman so they saddled her with an invalid husband to put her in her place—the kitchen, not the boardroom.) President Cha’s hot tub and manboob combination was certainly one for the ages, but never carried the same weight as the ever-looming villainy of Madam Kang.

6. Resolution
*female lead studies (to be a doctor/to be a teacher)

Winner: Boys before Flowers. Both shows feature open-ended resolutions, perhaps intended to lay the ground for a second season. This category would have been a tie, if not for Kang Hyuk’s complete non-ending: He disappears to become an itinerant ramen chef? Really? Boys before Flowers may have dropped a lot of balls toward the end of its run, but at least it provided some degree of closure for its main characters.

The Victor
To paraphrase another Korean drama, if I had met you first, Flower Boy Ramen Shop, I might have loved you. If for no reason other than showcasing a heroine capable of rescuing herself (and her man!), you are a worthy and valuable addition to the world. On the other hand, your Cliffs Notes-style, good-bits-only plotting downplays depth, texture, and character development (i.e., all the best bits of Kdrama, as far as I’m concerned).

And Boys over Flowers? You will always be my cracktastic love (of dubious objective quality). Nobody does delicious, over-the-top, smile-until-it-hurts like you do.
Posted by Amanda at 9:31 AM