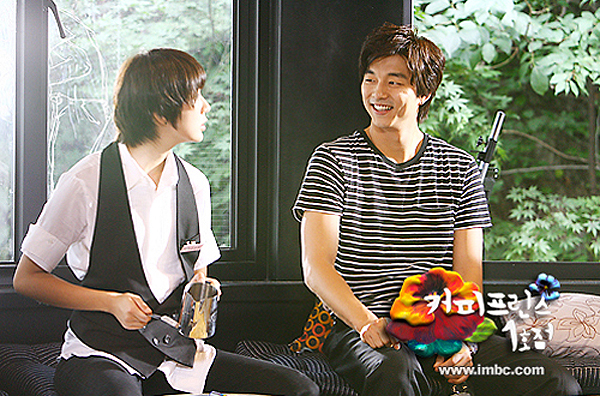 Last week’s contrasting posts—one about the problem of consent in Asian dramas, the other about the coziest lead pairing of 2013 thus far—got me thinking about my favorite kind of Kdrama couple: the best friends.

Some dramas revolve around lovers who have exactly one thing in common: mutual attraction. Take Boys over Flowers. What do Jan Di and Jun Pyo talk about when they’re by themselves? Not much, beyond whatever obstacle is currently keeping them apart. Their union is based solely on a whim that’s heightened by the forbidden-fruit thrill of his mother’s objections to their relationship. The hardest work of their romance—building something lasting and real that can weather the difficulties of life—is still ahead of them.

But best friend couples, in life and in drama, already share a meaningful connection; they start out spending time together because they like and respect each other. When they fall in love, it’s with another human being, not just a fantasy of what someone would be like as a mate. And being best friends allows them to step outside the traditional roles that define the interactions between so many Kdrama lovers. BFF guys are hardly ever physically aggressive with BFF girls, and they don’t force kisses on them. In turn, BFF girls aren’t modest or retiring; they are simply themselves.

Here’s a brief catalog of the BFF couples I’ve enjoyed most. 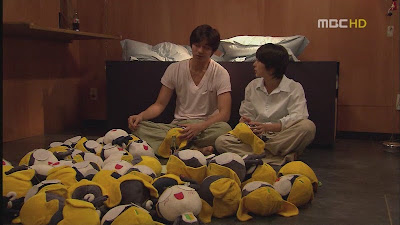 Coffee Prince
As frequent readers of this blog know, my love for Coffee Prince knows no bounds. And that’s mostly thanks to the relationship of its leads: Choi Han Gyul and Go Eun Chan are the ultimate best friend couple. Even before their romance begins, they have long, candid conversations about their lives and dreams. They goof off together, work together, and share a common goal—the success of Han Gyul’s coffee shop. All this goodwill and kindness makes their eventual romance one of the most powerful I’ve ever seen. No other Kdrama couple is as connected this one—in every scene they share, their awareness of each other is like a crackling live wire. Pulled together by friendship, there’s no obstacle can keep them apart. 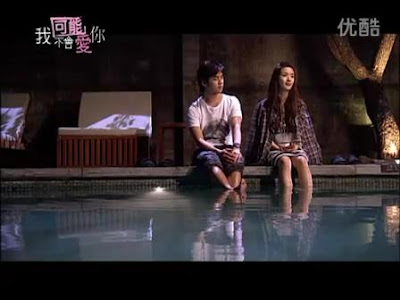 In Time with You
When this show begins, Chen You Qing and Li Da Ren have been best friends for over a decade, and their relationship has remained a key part of their lives even as they’ve dated other people. They’re together through the good and bad, whether that means picking a dress for a little sister who’s impossible to please or driving all night to provide a shoulder for crying on. They represent home to each other just as surely as their own families do, and when they finally admit their feelings they evolve into drama’s most gentle lovers.

BFF-iest scene: The knowing glances and silent understandings of the lead couple’s joint vacation in episode 5 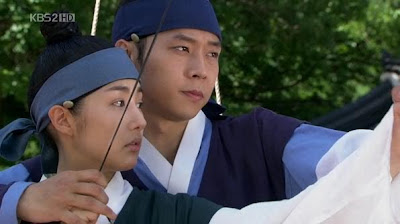 Sungkyunkwan Scandal
Gender-bending shows are especially ripe for best-friend pairings. Instead of being separated by the old-fashioned roles ascribed to men and women, gender-bending leads meet on equal footing as peers and spend time together as people before they’re lovers. Sungkyunkwan Scandal’s OTP is among the most epic of these cross-dressing delights—he’s a rigidly principled scholar from powerful family; she’s a slightly smart-alecky poor girl who’s not afraid to break the rules to get what she wants, even if it means dressing as a boy. They form an unbreakable friendship as classmates at a prestigious university. And when the truth about the female lead’s gender is revealed, that friendship turns into one of the swooniest romances Korean drama has ever produced. 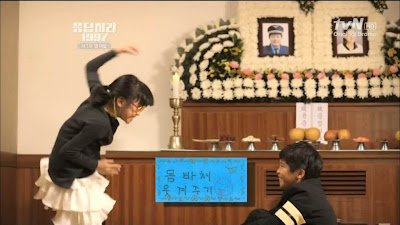 Answer Me 1997
Shi Won and Yoon Jae fit together so perfectly it actually took me a while to realize they weren’t brother and sister. Having grown up side by side, they know every detail about each other’s life—from first periods to family tragedies. Their shared history finally grows into a romantic relationship but never moves away from the casual intimacy they shared as children. 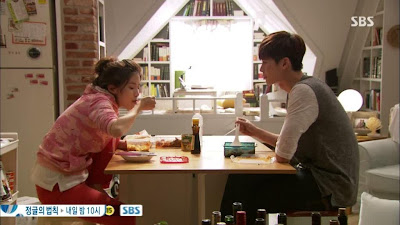 I Hear Your Voice
Who needs telepathy when your leads are as simpatico as these two? Their easy, drama-less camaraderie suffuses the show, filling all its voids with cozy, shared domestic rituals. When not dodging murderous bad guys, this pairing is building a strong friendship that seamlessly evolves into a cuddly romance. 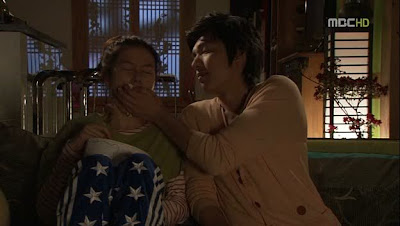 Personal Taste
In a novel spin on the cross-dressing drama, Personal Taste’s male lead pretends to be gay so he can move into a woman’s house and learn its architectural secrets. (This is less kinky than it sounds, unfortunately.) Even as Kae In struggles with a massive crush on her tenant, the cohabitans grow to understand and appreciate each other for what they are—a fussily well-dressed guy and an over-eager girl with a penchant for power tools.

BFF-iest scene: Lounging on the couch in episode 4 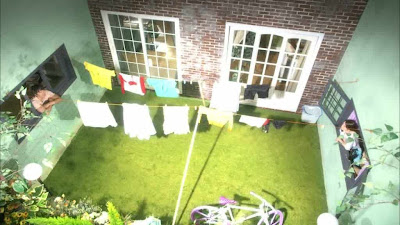 I Need Romance 2012
Friends with benefits Yeol Mae and Suk Hyun lived together since they were teenagers, back when their moms built a conjoined house. They constantly bicker and battle but can never bring themselves to split up or get together for real. As a viewer, I never wanted them to do either—they were more like family members than lovers and their relationship was so incredibly important to their happiness that a romance seemed risky.

BFF-iest scene: When Yeol Mae leaves Suk Hyun alone to recover from his stormy mood, just as he wants her to 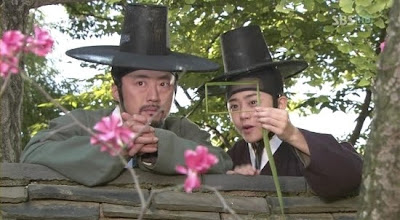 Painter of the Wind
When Shin Yoon Bok is forced to hide her gender to attend the Joseon era’s greatest academy for painters, the man who starts off as her mentor ends up as something more—her greatest companion, guide, and friend. Together, they risk their lives to learn more about art and the world around them. As far as I’m concerned, their romance didn’t work as well as their friendship. They just weren’t compatible on a physical level (he’s huge and she’s tiny), and Shin Yoon Bok’s amazing chemistry with her gisaeng counterpart left me convinced she was too into girls to need a male lead. (That doesn’t make the show any less of a joy to watch, though.)

(P.S.: I don't have a Thursday post this week, as I’m only partway through Can We Get Married and am too meh about Monstar to bother watching its ending.)