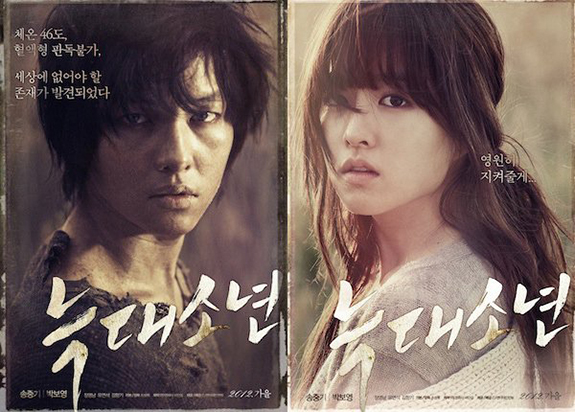 A Werewolf Boy is no Twilight.

I mean that in the best way possible—in spite of the comparisons you may read elsewhere, Korea’s lycanthropic yarn is no easy wish-fulfillment love story. In truth, it shares more DNA with Frankenstein or Edward Scissorhands, those classic, bittersweet explorations of what happens when feral innocence meets the jaded experience of the modern world.

A hit that has spent more than five weeks on top of the Korean box office, Werewolf Boy is a study in contrasts—storybook and reality, past and present, wild and tame. Its tone is matter-of-fact and everyday, but tinged with a nostalgic, fairytale glow that bears the faintest resemblance to the work of Tim Burton.

One thing that’s probably sold a lot of this movie’s tickets is its star: heartthrob Song Joon Ki, whose celebrated KBS drama Nice Guy finished airing just last month. Song, always a scene stealer, ably brings to life the titular wolf in spite of remaining silent throughout almost the entire film. He uses his body and eyes to tell the character’s story instead of words, and transforms into a guileless, unspoiled human with all the tendencies of a wolf. (Or maybe it’s the other way around?)

But as fun as it is to see flower-boy Song Joon Ki playing fetch like the family dog, this movie is really the story of his master, a sickly young woman named Suni (Park Bo Yeong), whose family moves to the countryside on the orders of her doctor. As in every great creature feature, they find more than they expect there: the family is quickly swept up in the dark history of their new home with the discovery of a dirty, starving boy running wild on the property.

Awkward and isolated, Suni is a girl desperately in need of a friend. And that’s exactly what she gets when her softhearted mother decides to care for the strange boy until local officials can find a home for him. Christened Chul Soo, the name Suni’s parents had intended for the son that never arrived, he needs Suni just as much as she needs him—he doesn’t know how to speak or wash, and he eats with the single-minded, violent abandon of an animal. 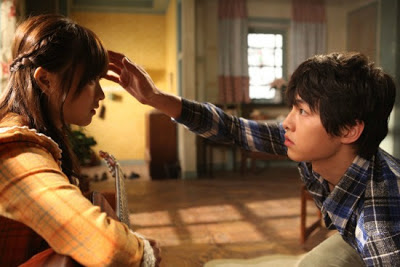 Suni slowly domesticates Chul Soo with the help of a long-forgotten dog training manual, earning his eternal devotion in the process. The chaste, not-quite-romance that develops between them is tender and heartbreaking: He sleeps like a guard dog outside her bedroom door; she stands in the path of a bullet for him.

Sweet and sad, cute and funny, A Werewolf Boy tells the story of two damaged people coming together in spite of the misgivings of the world around them. It’s an old-fashioned monster movie that knows the truth—the real abomination isn’t the mysterious, super-strong boy with no blood type and a body temperature of 115 degrees. Instead, it’s the society that reacts to someone who’s different with fear and cruelty.

We first meet Suni as a seemingly contented grandmother who’s hiding a hole in her heart. That’s how we say goodbye to her, too, but in the intervening scenes she’s learned important lesson: Even over the course of a human lifetime, some things can never be lost, like beauty. And love.

A Werewolf Boy is now playing in select theaters throughout North America (according to some sources, complete with a never-before-seen alternate ending). For more information, see the official site.

Reviewed for Soompi.com. (Thank you, Susan!)

• So apparently the American release of this movie has an alternate ending. This is pretty logical—it’s been out in Korea for a while, so an enterprising person could probably download a bootleg of that version. On the other hand, I think I can see what they added, and I would have liked the movie even more without it.

• A word to the wise: Don’t do a Google image search for the phrase “werewolf boy.” Just take my word for it.

• If a little werewolf problem was the only thing standing between me and a lifetime of adoration from Song Joon Ki, I think I could make it work. After all, I’m pretty cranky a few days a month, too.

How about a 16-episode drama adaptation? If the guy who wrote and directed the movie is busy, might I suggest the team behind Padam, Padam? I’d send in a CV myself, but I’m not sure you could afford me.